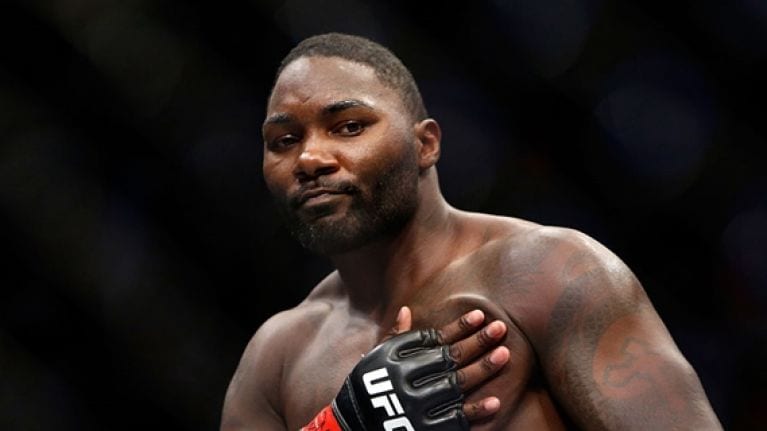 Former light heavyweight title challenger Anthony “Rumble” Johnson won’t rule out a return to the octagon if the price is right.

Johnson hasn’t competed in MMA since suffering a second-round submission defeat at the hands of the current two-division champ Daniel Cormier at UFC 210 back in April of 2017. “Rumble” would retire from MMA after losing to Cormier on that night, perplexing fans and media members alike.

Johnson, instead, turned his focus to the medical cannabis industry. He has also been hitting the weights like a man possessed.

Despite that, don’t rule out a “Rumble” return to the octagon.

“No I cannot say that. Never say never. If the right opportunity comes along, I will jump on it,” he said on a recent appearance on The Ariel Helwani MMA Show. “You know I am obviously not afraid to fight anybody. So if that happens and the price is right, you know sometimes people be cheap. So treat me right and I will definitely treat you right and go and give you the performance of a lifetime.”

Johnson added that if he ever did make a return to action, he would do so with the UFC. Although he meant no disrespect to Bellator and the like.

For now, as it appears, Johnson will stay at home in the weight room where he has added considerable muscle mass. If he can find the time, he would like to compete in a classic physique show down the line.

Just a hunch, if “Rumble” does return to action, he may do so at heavyweight. Given his newly acquired muscle mass “Rumble” may have a hard time making the light heavyweight limit.

Let us know what you think. Will “Rumble” Johnson return to action inside the octagon? And if so, what division will he most likely fight in?