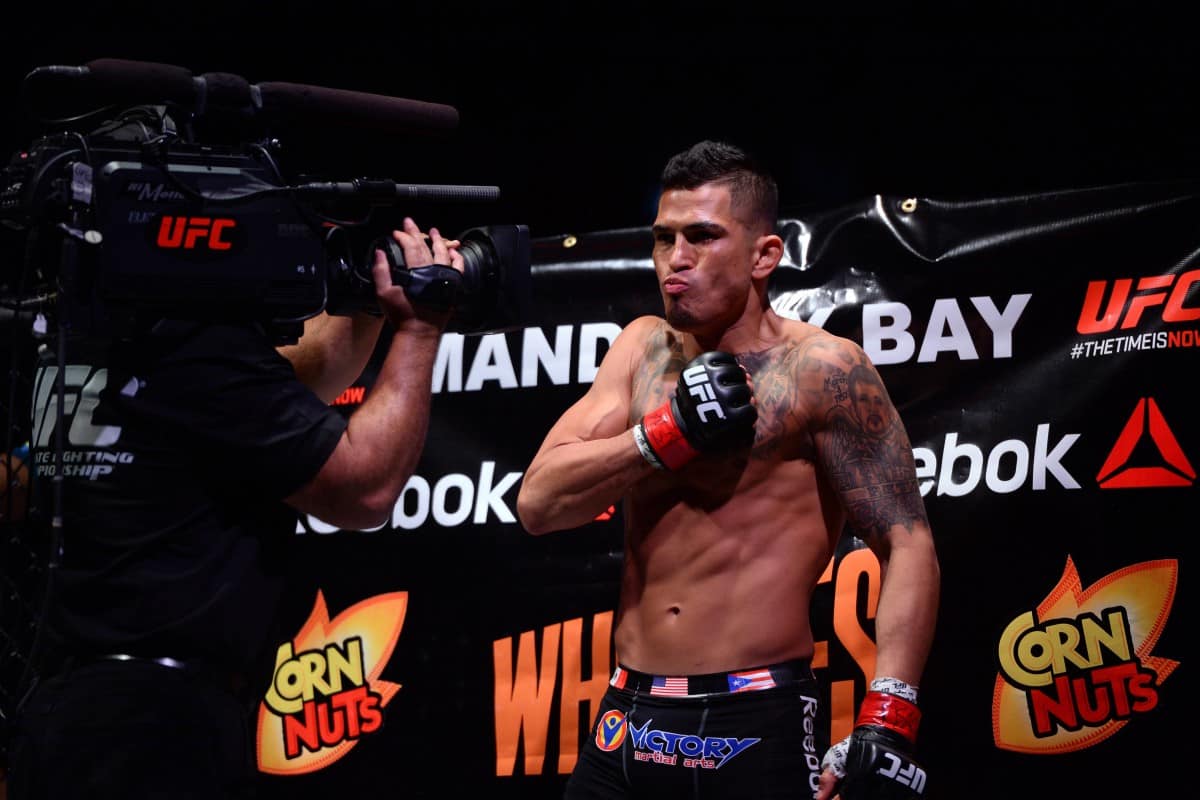 “Showtime” is back in the win column.

Right away Pettis threw a kick and Oliveira caught the leg and pressed him towards the fence. “Showtime” showed excellent balance to avoid the takedown and he moved away from the fence. The relentless “do Bronx” moved behind Pettis and took him down. Oliveira was in a position for a rear-naked choke, but Pettis reversed and earned top control before the two stood back up.

A stiff body kick buckled Oliveira and Pettis laid down some ground and pound. “Showtime” moved to side control, but Oliveira reversed and looked to get his opponent’s back again. Pettis would have none of it and wound up on top again and laid leather. He kept hammering away until the horn sounded.

Oliveira threw some kicks at the start of the second stanza. Pettis pelted his opponent with an uppercut to the body. A head kick that was blocked had enough force to get “do Bronx” off balanced a bit. A straight right connected for “Showtime.” Oliveira moved forward and landed a knee to the body.

He wrapped his arms around Pettis and jumped on his back to attempt a rear-naked choke. Once again, Pettis reversed the position and got top control. They stood back up and Pettis landed a right hand. A punch to the body found the target for “do Bronx.” A spinning back kick to the body landed for Pettis. The round ended with Oliveira completing a takedown.

The final round was underway and a little over 15 seconds in, “do Bronx” ducked under and scored a takedown. Pettis looked for an armbar, but Oliveira thwarted it. Pettis avoided yet another rear-naked choke attempt and moved to the north-south position. They stood back up and “do Bronx” went for another takedown, but got caught in a guillotine and was forced to tap.