LowKickMMA.com
Home MMA News Anthony Pettis Knows He Has ‘A Target On My Back’ Entering PFL 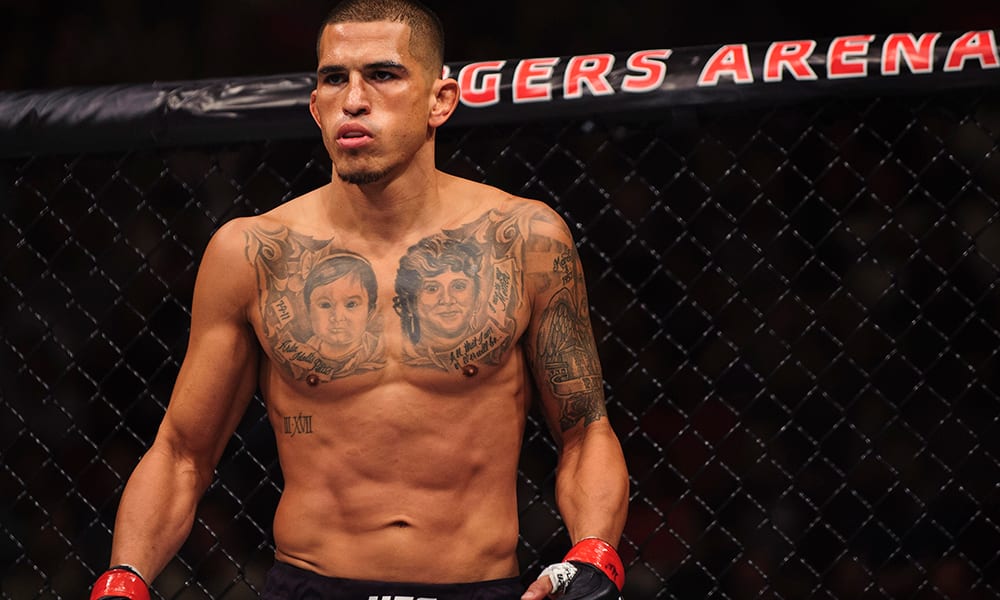 Anthony Pettis knows all eyes will be on him when the PFL kicks off their new season Friday.

The former UFC lightweight champion will headline the first card of the new PFL season opposite Clay Collard on Friday. He knows that his resume makes him arguably the biggest star on the roster, which is sure to draw attentions from both fans and fellow fighters. ‘Showtime’ wasn’t afraid to address the hype surrounding his name at the PFL media day. In fact, he’s even come to embrace it (H/T MMA Junkie).

“I was the champion in every organization, so I’ve always had a target on my back,” Pettis continued. “I know what these guys are looking forward to. The scary part about it is that (Collard has) got nothing to lose. He can just go out there, bite on his mouth piece and go – and that’s what I’m not trying to get caught up in. It’s another fight. These guys, there’s some good talent in this organization, and I have to be sharp and on my game.”

Pettis ended his UFC career off the strength of back-to-back wins, and has remained a top contender ever since losing his title back in 2015. Despite all that he has accomplished, he believes he can still add to his legacy by winning the 2021 PFL season.

“My legacy is kind of already written, (but) I’m still going,” Pettis said. “I’m 34 years old. This camp was amazing. I felt so good. The structure and the motivation is everything that came along with this. Before, when I was up and coming, I wanted to be remembered as the guy who fought anyone, anywhere, any time while I was fighting at 145, 155 and 170.

“And now I have an opportunity to become a three-organization champion, and that can be done in a year. Im very exited about the opportunity that’s in front of me.”

Do you think Anthony Pettis is the favorite to win the 2021 PFL lightweight season?