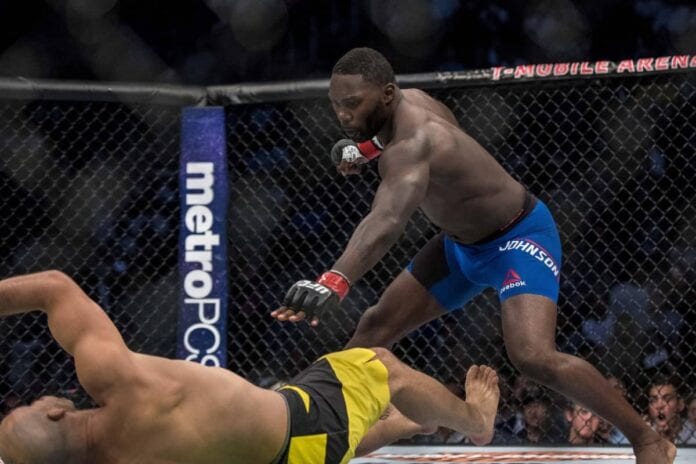 Both Anthony ‘Rumble’ Johnson and Glover Teixeira were looking to make a statement worthy of a light heavyweight title shot when they threw down in the co-main event of last night’s (Sat., August 20, 2016) UFC 202 from the T-Mobile Arena in Las Vegas, Nevada.

It was only ‘Rumble’ that made that statement, however, and he did it emphatic, ultra-impressive fashion by knocking out the hard-nosed Brazilian with a perfectly placed right uppercut on the button that knocked him out and saw him wrestle the referee when he did wake back up.

Making a strong case for being the hardest hitter not only in current MMA but all-time, “Rumble” is most certainly deserving of a second bout against current UFC light heavyweight champion Daniel Cormier.