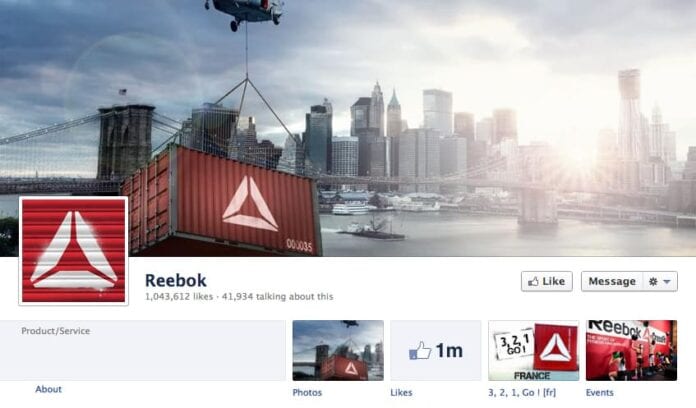 The messy takeover of the UFC’s dress code by sports giant Reebok has brought much negative press to both the promotion and the world renowned apparel company. The landmark deal is said to have caused much friction between fighters and the UFC, has pretty much alienated featherweight champion Jose Aldo, and has received wide criticism from athletes previously making bank on sponsorship checks. The deal forbids fighters to wear anything other than the Reebok brand during fight week, and includes octagon time.

Cutman ‘Stitch’ Duran was the first real casualty of the UFC-Reebok deal, getting the boot for his protest against getting no compensation for wearing the brand’s name as part of the partnership. It seems that fans have seen enough, and have started to troll the Reebok Facebook page in a big way, check it out:

It seems the disappointment and disbelief over the supposedly harsh terms of the deal is not limited to the UFC employees, except now the promotion has no control over the criticism being aimed at them by fans. UFC president Dana White didn’t help the situation with his incendiary Tweets to ‘Dumb’ and ‘fat’ fans during a Q & A session recently, and now the online trolls come out to play. Check out some of the other more notable comments by unhappy fans online, bearing in mind that most are far too unsavoury to share:

Reebok fucked fighters out of a lot of money, #fuckreebok

Ronda Rousey-One of the few UFC fighter not being screwed over by your sponsorship deal. Milk it for all its worth but I will not be buying any of your products from now on . #integrity

In summary, it’s important to note that the UFC has a bigger hand in the way their fighters are treated than Reebok does. The notorious flubbed kit reveal may have left us laughing in confusion, but ultimately the Zuffa brand has been under fire for years now, far pre-dating the deal with the sports brand. Should the fans be taking a more practical approach if they actually want to make a difference?

It’s common knowledge that money is in mind whenever the promotion makes a decision, but yet appeals for boycotting of the brand often fall at the first hurdle. Is this a case of fickle fans using a social media outlet to vent their frustrations, or does this run a little deeper?

We asked the LowKickMMA community if they would buy UFC Reebok gear, check out how they voted here.