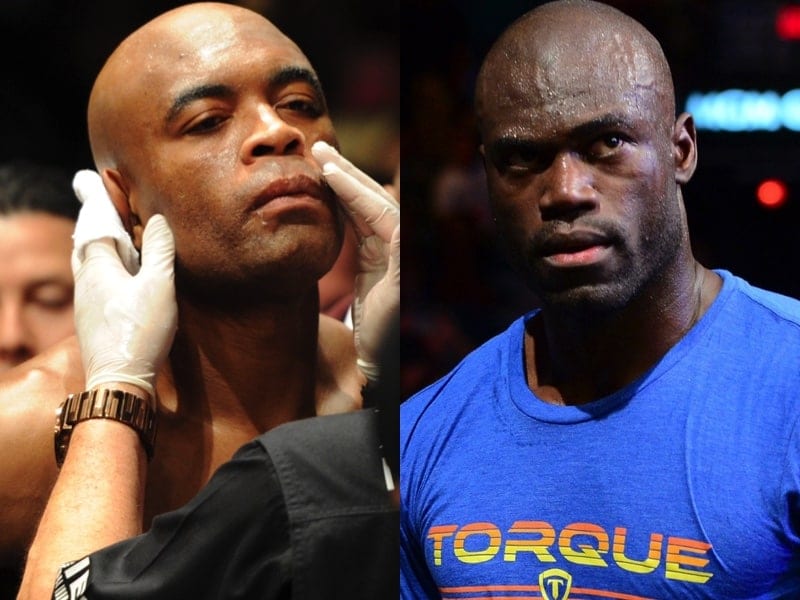 News came tonight (Wed., March 16, 2016) that Invicta FC featherweight champ Cris “Cyborg” Justino might be making her UFC debut at the stacked UFC 198 pay-per-view from Curitiba, Brazil, on May 14, but now word has risen that the card may be getting an even bigger fight.

A report surfaced from Sherdog that longtime former middleweight champion Anderson Silva will potentially face fellow flashy striker Uriah Hall on the suddenly blockbuster event from Brazil. The most decorated 185-pound fighter in MMA history, ‘The Spider’ had repeatedly looked for a bout in his native land after a narrow and controversial decision loss to Michael Bisping on February 27 left a bad taste in his mouth.

Fights with Gegard Mousasi and Tim Kennedy were discussed but never came to fruition, and it was thought that the lack of opponents would force Silva to sit off the card he wanted so badly to be a part of. Often described as the greatest of all-time, ‘The Spider’ owns many of the more prominent records in UFC history such as most consecutive wins, most finishes, most successful title defenses, most consecutive title defenses, most finishes in title fights, and most knockdowns.

However, he’s lost three out of his last four bouts with one no contest due to multiple failed drug tests, and he just hasn’t looked anything like his dominant self since his changing-of-the-guard knockout loss to Chris Weidman at July 2013’s UFC 162.

Hall, meanwhile, will look to rebound from a decision loss to the rising Robert Whittaker at last November’s UFC 193. Prior to the defeat, he had scored two straight knockout finishes over Mousasi and Oluwale Bamgbose. Long thought to be one of the 185-pound division’s most dangerous potential contenders, Hall has exhibited significant inconsistencies in compiling a 5-4 overall record in the UFC.

Despite the up-and-down tenure in the Octagon, however, “Primetime” has the technique, skills, and power to knock out any middleweight in the UFC, making a match with Silva potentially one of the most exciting bouts the UFC could book on paper.

And all of the sudden, UFC 198 is quickly becoming one of the most stacked cards of the year.