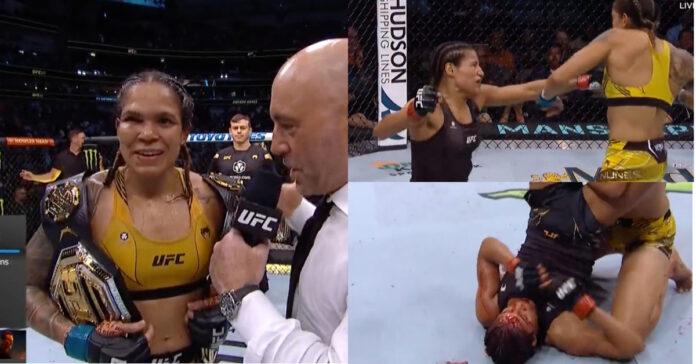 Julianna Pena’s second outing with Amanda Nunes resulted in a historic win for “The Lioness” at UFC 277.

Pena went into the bout as the UFC women’s bantamweight champion after having just dethroned Nunes in a major upset at UFC 269 in Dec. 2021. Nunes returned for an immediate rematch in an attempt to regain her status as the double champ at UFC 277 on July 30 at American Airlines Center in Dallas, Texas.

Nunes got things off to a fiery start and clipped Pena on more than one occasion in the opening round. She put on a masterful showcase of her striking abilities to rack up three knockdowns in the second round and continued her dominance further. Pena had Nunes deep in an armor attempt in the fourth but the former champion survived.

Nunes won the fight after going the distance by unanimous decision.

Below, catch the highlights from Julianna Pena vs. Amanda Nunes