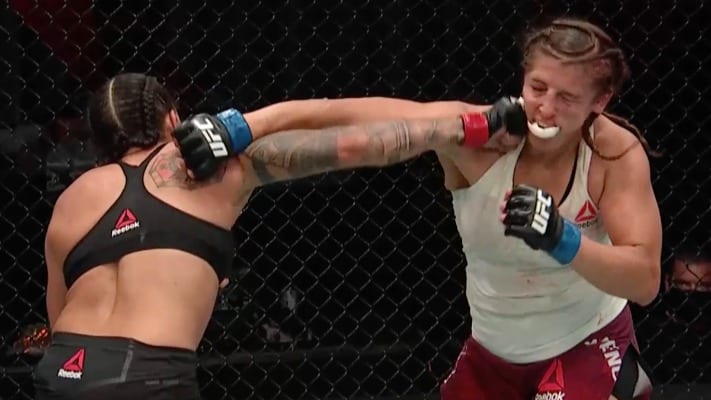 Amanda Nunes further consolidated her place as the greatest female fighter of all time.

Nunes successfully defended her women’s featherweight title against Felicia Spencer in the main event of UFC 250 on Saturday night and in the process, became the first female fighter to defend two titles.

Like she did against Cris Cyborg, Spencer showed great durability, but was ultimately outclassed and dominated by Nunes in every single department as she was bloodied and even developed a hematoma on her forehead at the end of the fourth round.

What did you think of Nunes’ performance?