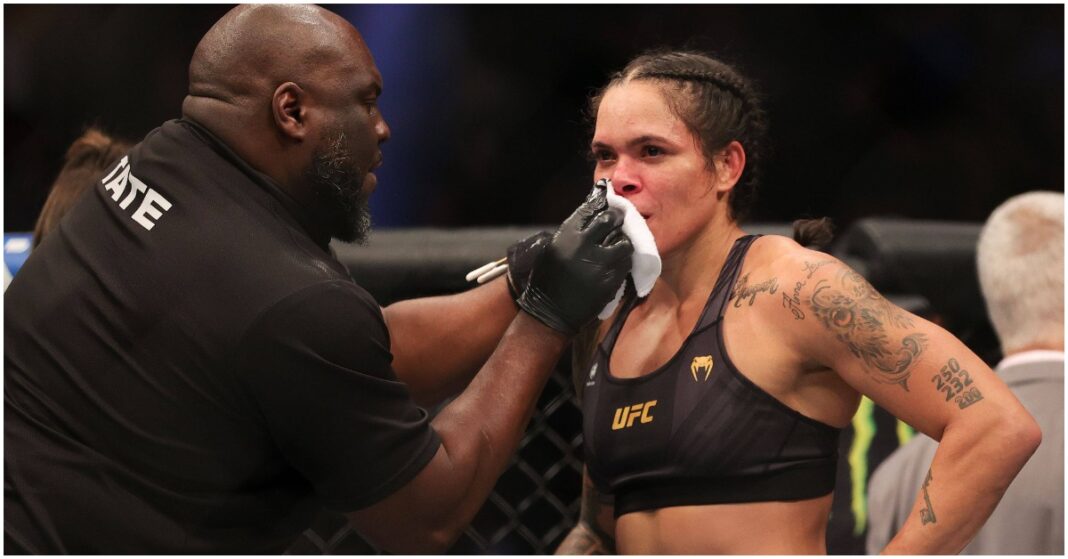 Former UFC two-weight world champion Amanda Nunes says her “camp was a mess” in lead up to her upset loss to Julianna Pena.

The MMA world was shocked last December when long-time champion and consensus greatest female of all time Nunes was submitted by Pena. The +700 underdog Pena would bring the fight to ‘The Lioness’ from the horn, eventually ending up on the champions back to submit her three and a half minutes into the second round.

Nunes however has revealed that she was not healthy going into the fight and the build-up to the bout attributed to her performance. “My whole camp for this fight was a mess,” Nunes told ESPN. “I always want to put in my head I was OK, I can do this because we are like that. We want to go through whatever to step in the cage, and my first fight against her fell through.

“I got COVID, so all those things and in my second fight with her” Nunes continued. “The camp I went through a couple of issues, as well, that I knew I wasn’t going to be able to really show up to the gym every day at 100 percent. But I didn’t want to let that fight go again. I don’t think it would have looked good for me.” (Transcribed by MMAJunkie)

Nunes and Pena are now scheduled to rematch following the conclusion of The Ultimate Fighter season 30 which they will be coaching opposite each other.

How do you see the rematch of Amanda Nunes and Juliana Pena going?