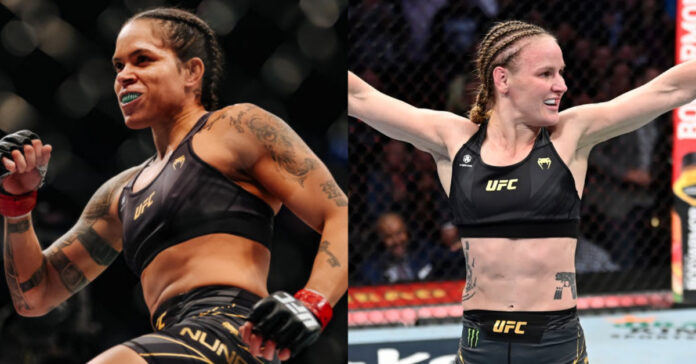 The main event of UFC 277 pitted Julianna Pena against Amanda Nunes in a rematch of their first bout which took place in December 2021, where Pena would stun the world by submitting the champ in the second round.

This time though, Nunes would batter and dominate Pena for the entire 25-minute affair. Nunes would cut open and drop ‘The Venezuelan Vixen’ several times, earning herself a unanimous decision win.

This now leaves Nunes with some significant breathing room at the top, but with no new or clear challengers to face next. As a result, it may be time to reignite an old rivalry, to once and for all close the book with former foe, Valentina Shevchenko.

Nunes and Shevchenko have faced off twice before, the first time being back in 2016 when Nunes would pick up a unanimous decision win. The pair would again meet a year and a half later at UFC 215, this time Nunes would take home a contentious split decision victory, with some, including Shevchenko, feeling she deserved the win.

Following UFC 277, Dana White was quizzed on what would be could be next, and after the suggestion of Nunes vs. Shevchenko III was raised, the UFC president seemed very open to the idea.

“Yeah good,” Nunes said at the suggestion of fighting Shevchenko. “She’s a champion too, that would be awesome.”

“That’s funny, she has to put out something to stand out, cause right now as a champion? Valentina, she lost her last fight. So, I’m really thinking if that title [fight between Shevchenko and Talia Santos] doesn’t have those headbutts that fight could have been way different”

What did you think of Amanda Nunes’ performance?