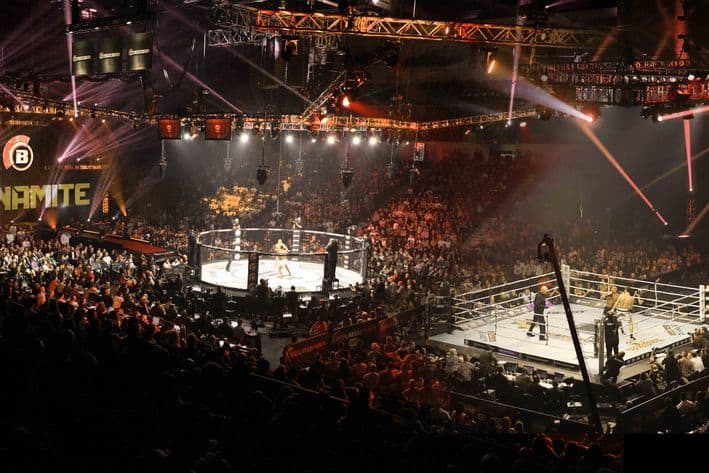 Plans can change and therefore there always needs to be a backup plan in place. Bellator MMA officials knew that so they have made a backup plan in case they need a replacement fighter worthy of stepping into one of the light-heavyweight tournament bouts at Bellator 142.

The winner of this bout will be the first candidate to step into the tournament should one of the four scheduled members – Muhammed Lawal, Phil Davis, Emmanuel Newton and Linton Vassell not be able to fight.

Bellator MMA announced a several weeks back that they would be doing something like no other. Bellator would join forces with Glory Kickboxing (that also airs on Spike TV) for a joint show in September.

For those who don’t know or understand, the event will feature both a kickboxing ring and mixed martial arts cage inside one arena. An idea that seems outside the box, but one idea that Bellator MMA President Scott Coker is strongly behind.

Bellator 142: Dynamite takes place Sept.19 at SAP Center in San Jose, California and the main card will air on Spike TV in prime time. This event is a stacked show to say the least with a light heavyweight Championship fight between current champion Liam McGeary and UFC veteran Tito Ortiz being the headliner.

Here is the current card (MMA bouts only) for the event: