LowKickMMA.com
Home UFC News Alistair Overeem To Junior Dos Santos: What Are You Waiting For? 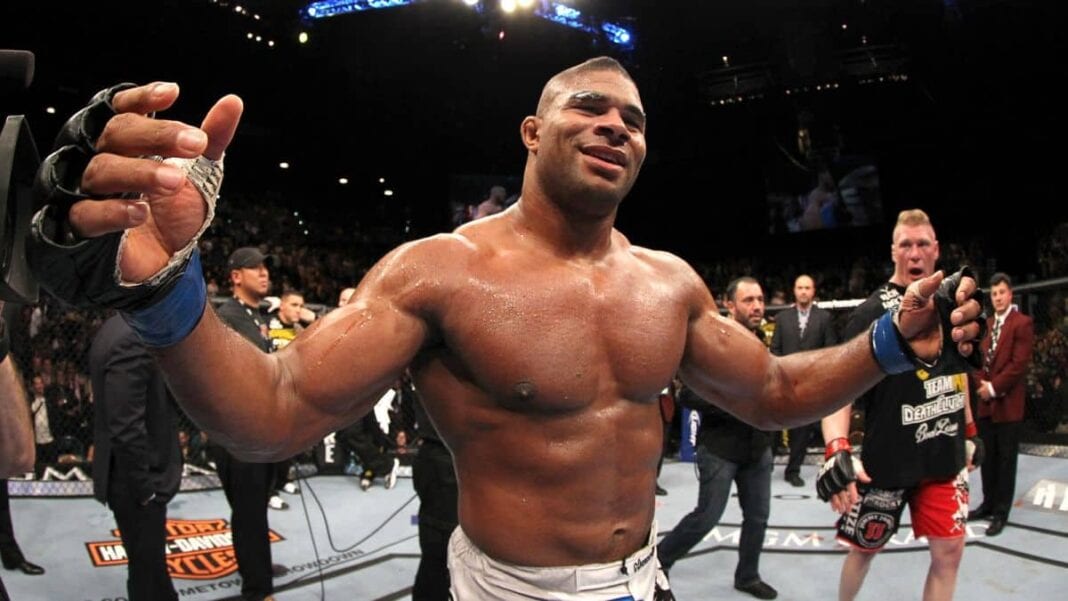 The heavyweight division is somewhat tied up once again, at least at the top end, with Cain Velasquez getting an immediate rematch with new champion Fabricio Werdum. You’d think with the line of resurgent contenders that we’ve seen coming up in the ranks there’d be no problem booking some big fights. Frank Mir gets Andrei Arlovski at UFC 191, Ben Rothwell and Stipe Miocic tie them up at UFC Fight Night 76, but there are two huge names missing from the list.

Yes, we are talking Alistair Overeem and former heavyweight champ Junior Dos Santos. The two have been linked to a fight since their original first booking way back at UFC 160. Injured and unable to compete, ‘The Demolition Man’ has since called for a fight with ‘Cigano’ at every available opportunity, and it seems he is becoming impatient with his Brazilian counterpart.

Taking to Twitter, ‘The Reem’ once again asks what the hold up is:

Still waiting on the JDS confirmation! Come on @junior_cigano time to get rolling! I can't believe you are afraid.. So what R u waiting for

The talk of Overeem/Dos Santos really heated up again this year after the Dutch kickboxer said he wanted a late 2015 return against JDS, and then UFC color commentator Joe Rogan seemingly leaked information of the booking being made official.

With nothing from the UFC on the fight, and Overeem once again calling Dos Santos out, it’s fair to say that this situation is a mix of awesome and frustrating.

Once the fight gets made we can all breath a sigh of relief, until then we should prepare for more trash talk from Alistair Overeem, as Junior Dos Santos remains quiet….