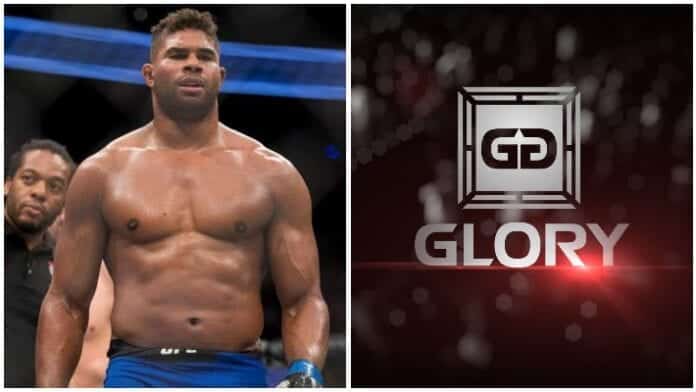 Alistair Overeem is not ending his career yet. The former UFC heavyweight has signed a multi-fight contract with Glory Kickboxing.

The UFC released Overeem following his second-round KO defeat at the hands of rising star Alexander Volkov. The move surprised many. Before the loss to Volkov, Overeem, 41, was on a two-fight win streak. He had won four of his last five fights. Dana White explained the decision later, citing Overeem’s age as the main factor. The UFC released Junior Dos Santos in the same week. The moves signaled their intention to continue to grow the division with fresher, younger talent.

Overeem’s impact on the world of Mixed Martial Arts is undeniable. Before challenging for UFC gold, Overeem held belts in Strikeforce and Dream. He also won the K-1 World Grand Prix, one of only two UFC fighters to win the prestigious tournament. Overeem has amassed an impressive 47-19 record over his 20+ year career in the sport. His record includes victories over Brock Lesnar, Frank Mir, and Andre Arlovski (all future HOF contenders). Overeem appeared reinvigorated potentially making one last push at the UFC heavyweight title before his release.

After the release, it was unclear if Overeem would retire. As the news spread through the MMA community, fighters like Ryan Bader (Bellator’s current heavyweight champion) called for Overeem to join their promotions.

Today, Overeem’s management team confirmed to ESPN that the legend has decided to return to his roots and has signed with Glory Kickboxing. The move makes sense as Overeem found success in the sport (10-4) before transitioning to MMA.

Now that the contract is signed, we will await what’s next. Glory has not confirmed when Overeem will make his debut. We also don’t know who he will be his opponent for his first match.

Are you excited to see Alistair Overeem return to Kickboxing?