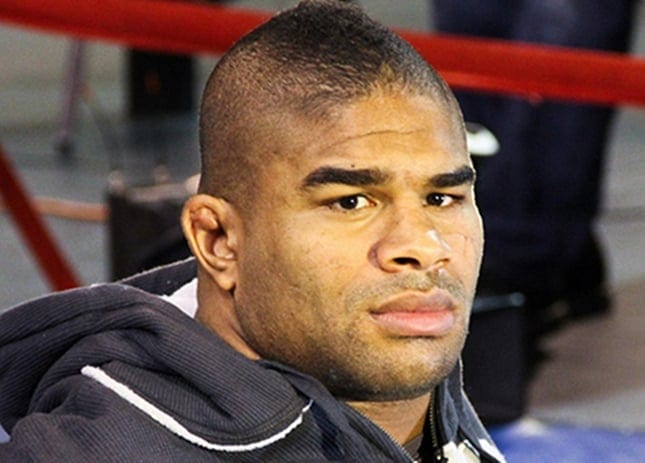 All good things must come to an end.

Alistair Overeem has been competing in combat sports for over two decades. Many of those years were spent at the highest level, competing in promotions like Strikeforce, Dream, and K-1. “The Reem” would earn championships in each of those organizations.

More recently, Overeem has fallen on harder times. He was brutally knocked out by Francis Ngannou and Curtis Blaydes in his last two fights.

Given Overeem’s recent setbacks fans have begun to call for “The Reem” to hang em’ up. Although he hears the fans concerns, Overeem still believes he can make one more run at UFC gold.

“We’re not there yet, but I could see myself in one or two years, three maximum, walking away with a big smile on my face. I feel very content. I love the sport. My life is designed and dedicated to the sport. It’s been one gigantic, beautiful adventure — and I’m enjoying it still.”

Overeem decided to change things up after his last loss. He now calls Elevation MMA home after departing from his longtime team at JacksonWink MMA. Overeem explained he would’ve changed camps sooner had he not been training for Elevation heavyweight Blaydes.

“I’ve noticed some things were missing [in my previous training camps],” Overeem said. “I started to look around at different camps, and I had plans to train in Denver. When the Curtis fight was booked, I put that to the side and trained with what I had at the time. The results weren’t good, and that was a wakeup call for me.”

“I had seen Curtis early this year, and we were talking about me coming to the gym. After our fight happened, I sent him a message, and he said I should still come out. I like the vibe of the gym and the city. I still feel, clearly, as if I can make that next jump.”

Comment below and let us know what you think. How many more fights does Alistair Overeem have left in him?