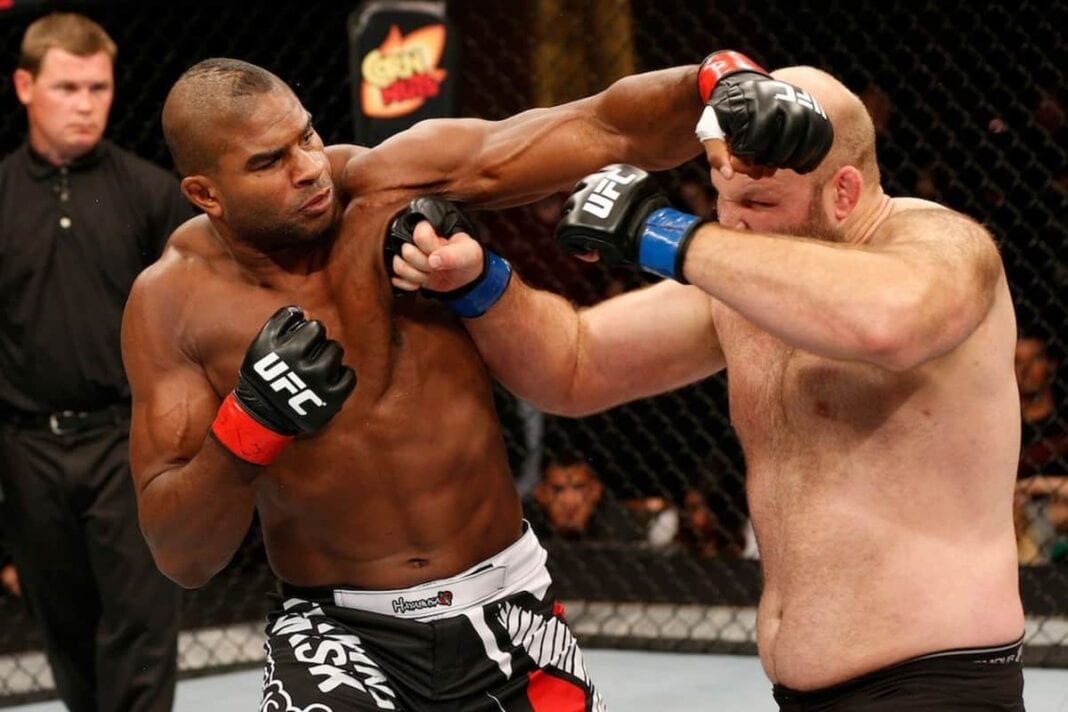 The growing UFC 185 pay-per-view (PPV) card on March 14 from the American Airlines Center in Dallas, Texas, recently got a blockbuster main event when it was announced that Anthony Pettis would face streaking contender Rafael dos Anjos, and now it’s added a potentially explosive heavyweight fight into the mix.

Alistair Overeem will meet Roy Nelson in a bout of veteran power strikers looking to rise up the ranks after recent lackluster stretches.

A former champion in multiple promotions, the No. 11-ranked Overeem has largely been a disappointment in the UFC following a ballyhooed arrival with a first round TKO of Brock Lesnar back at UFC 141 in late 2011. But “The Reem” never even came close to living up to his potential, failing a drug test for elevated testosterone that canceled his scheduled UFC 146 title fight with Junior dos Santos and dropping three out of his next four bouts via knockout to Antonio Silva, Travis Browne, and “Big” Ben Rothwell.

Overeem recently rebounded with a first round TKO finish of Stefan Struve at UFC on FOX 13, his second win in three fights during 2014. He’ll seek to build momentum against No. 9-ranked Nelson, the heavy-handed slugger who was last seen on the receiving end of a vicious “Knockout of the Year” candidate against Mark Hunt at last September’s UFC Fight Night 52, his third loss in his last four.

“Big Country” is known for his highlight reel knockouts like the one he finished Antonio Rodrigo Nogueira with at UFC Fight Night 39, but despite his black belt in Brazilian jiu-jitsu, has become noticeably one dimensional in relying on his thunderous right hand.

Overeem will undoubtedly have the edge in technical ability and overall skills, but his chin has never been his greatest asset. Nelson, on the other hand, is known for having a legendary iron beard, signifying that this one could end in a flash.

Who’s your pick to rise up the ranks in Dallas?