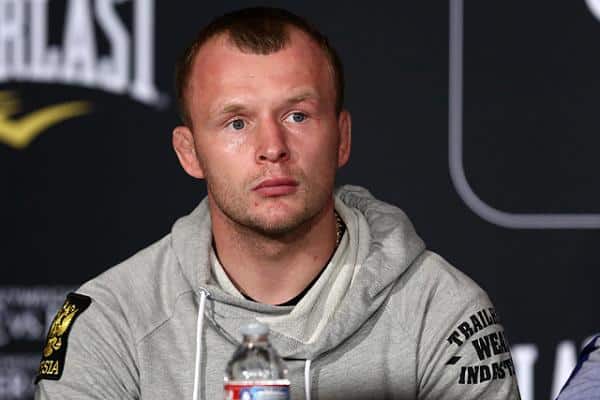 With steroids at the center of a hotbed of controversy surrounding mixed martial arts (MMA), the California State Athletic Commission (CSAC) said they were going to crack down on their use in fighting.

And they weren’t lying.

The CSAC made an extreme example out of former Bellator middleweight champion Alexander Shlemenko, who was suspended when he tested positive for elevated testosterone after his Bellator 133 knockout win over Melvin Manhoef, but it wasn’t without merits, as ‘Storm’ had some extreme testosterone-to-epitestosterone T:E ratios of his own.

The CSAC maintained that Shlemenko had tested positive for both oxandrolone and oxandrolone metabolites, a banned steroid that had his T:E ratios at an alarming 50:1. For his gross violation of the CSAC’s clearly stated performance-enhancing drug (PED) policy, Executive Director Andy Foster handed down what was by far the biggest punishment for such an infraction since the board began regulating MMA, suspending Shlemenko for an unprecedented three years and fining him $10,000.

His once-thought-to-be incredible spinning backfist win over Manhoef was also changed to a no contest.

But according to a report from MMAjunkie.com, Shlemenko’s attorney Howard Jacobs, who has continuously represented fighters who have run afoul of PED testing procedures, tried to get Foster’s punishment thrown out due to the fact that a ‘B’ sample was not collected from Shlemenko that night in Fresno, California. He also brought up a supposed violation of an agree with Los Angeles’ WADA-accredited UCLA Olympic Analytical Laboratory, Bellator’s official testing lab that is supposed to have a fighter’s tested urine split into ‘A’ and ‘B’ samples.

The commission deliberated back and forth on the touchy subject for some time, eventually reaching the conclusion that even though Shlemenko did not have a ‘B’ sample collected at Bellator 133, that did not in any way change the validity of his ‘A’ sample test, especially due to the gross nature of his failure.

For his part, Shlemenko assumed the role of victim, stating that he had never taken any PEDs and had suffered irreparable damage to his career and reputation as a result:

“I am not guilty of taking any performance enhancing drugs, and because of these accusations, I have suffered immeasurable damage to my career and my reputation.”

Despite his assertion of innocence, however CSAC commissioner John Frierson would have none of it, noting that Shlemenko could have potentially done grave damage to his opponent as a result of PED use:

“Our job here is to protect the fighters, period. The guy that he knocked out, he could have killed him.”

Indeed it is the commission’s job to protect the safety and health of the fighters, and allowing a man to compete with a T:E ratio of 50:1 is obviously the exact opposite of that. With the harshest-ever punishment for an MMA fighter who used PEDs handed down, a message has been sent to any and all fighters who try to cheat the system by using steroids and other banned substances.

It will most likely cost ‘Storm’ the rest of his career, but now it’s clear that there will simply be no sympathy for anyone caught using PEDs in MMA.