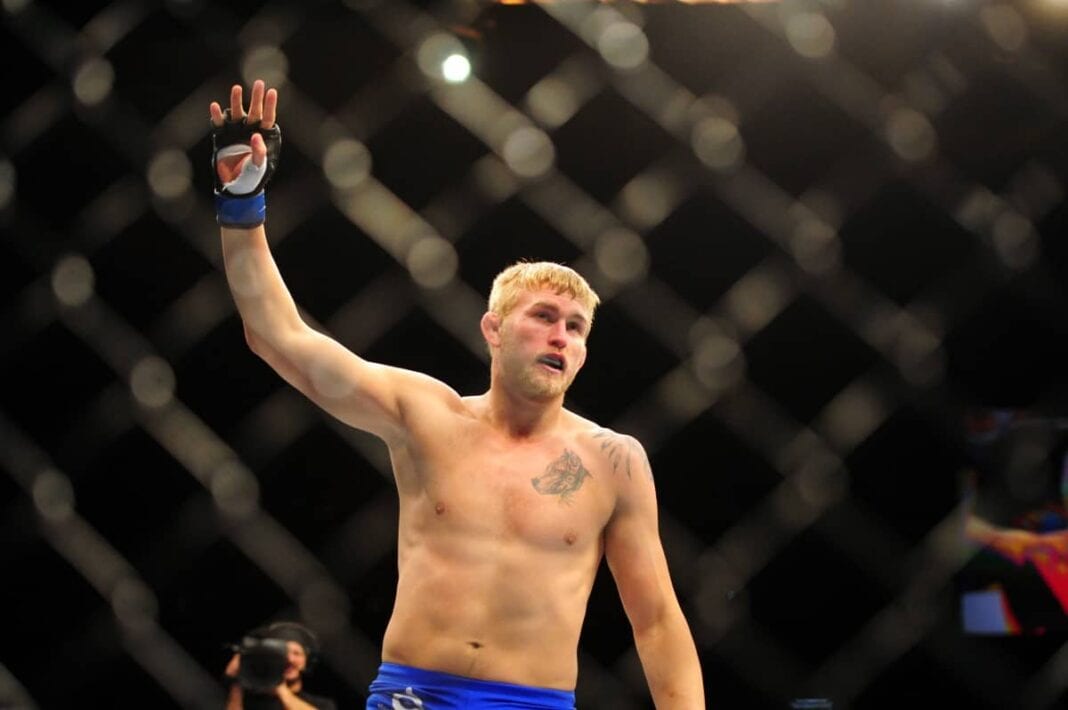 Going into his co-main event bout against Jan Blachowicz (19-6) at UFC Fight Night 93, Alexander Gustafsson (17-4) lost three of his last four bouts. In most cases that would spell doom for a fighter, but “The Mauler” came up short against three of the best 205-pounders in the world.

Gustafsson landed a low kick and Blachowicz went for an overhand right. A right hand connected for Blachowicz. An overhand left found the mark for “The Mauler.” The Polish bruiser escaped the clinch of Gustafsson. The Swedish fighter once again went for a clinch and pressed his opponent against the fence.

They separated and Blachowicz landed a knee to the body and an uppercut. Gustafsson kept finding himself on the wrong end of one-two combinations. “The Mauler” took his opponent down. Blachowicz went for an armbar, but it was stuffed. An elbow connected for the former title contender. The horn sounded with Gustafsson in top control.

Blachowicz wasted little time landing a right hand. The two exchanged and Gustafsson landed a hook of his own. “”The Mauler” earned a double leg takedown. Blood trickled down the head of Blachowicz thanks to some elbows. Gustafsson kept raining down elbows and Blachowicz couldn’t find a way to stand back up. The Polish fighter went for an armbar, but he couldn’t get it. The second stanza ended with Gustafsson on top.

Immediately, Blachowicz tried to get something going in the final round. A right hand landed for “The Mauler.” Blachowicz pushed forward and landed a right hand. Gustafsson decided he had enough of the stand up and scored another takedown. Gustafsson postured up and landed a right hand. He went to pass guard, but couldn’t do so. Referee Marc Goddard stood both men back up, but “The Mauler” quickly earned a single leg takedown. Swelling formed on Blachowicz’s face. The final horn sounded and the result was a no-brainer.