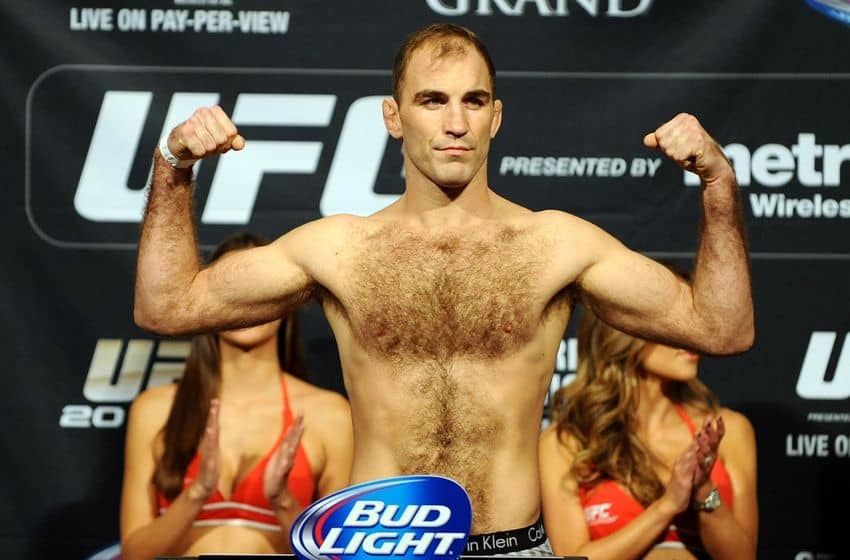 After an extremely lengthy career that featured 70 fights and 51 wins, Brian “Bad Boy” Ebersole finally decided it was time to hang up his gloves after last night’s UFC Fight Night 68. Ebersole took on Omari Akhmedov during the prelims of the event, losing in the first-round due to a knee injury.

Despite being only 34-years old, “Bad Boy’s” career has finally caught up to him. Speaking with MMAJunkie, he noted that he’s had some lingering injuries, and the stress about staying healthy has just become too much:

“I’m getting old, I’m getting up there,” Ebersole said. “I planned on retiring in November after the fight in Melbourne, but we’ll call it a night tonight. I’ve had a long career in MMA, a long career in wrestling, and this (leg) has been bugging me throughout my camp. It was just lingering stuff. You try to go harder, and things start to flare up.

“I’ve been very bipolar in my training camp: sprint, rest, and rest longer, then wake up and sprint. It’s been a hard camp. The stress of worrying about being healthy and worrying about my performance – it’s too much.”

Competing all over the place, and in many different organizations, “Bad Boy” entered the UFC in 2011 on a seven-fight win streak, and was able to win his first four UFC bouts as well. However, he has dropped three of his past four bouts, with last night being the tip of the iceberg on his decision to retire.

Continuing on, Ebersole claimed that he cheated the system by competing for so long and extending his career so long after his wrestling days were over. He also noted that despite last night’s loss, he can happily hang up his gloves and retire:

“I’ve come a long way,” he said. “I cheated the system. I was a wrestler my whole life. Once I quit wrestling in college, this was the thing I turned to. I extended it another 15 years.

“I can gracefully hang ’em up and call it a day. The last couple of fights, I’ve really had to tough it out. Fighting Rick Story really hurt my lower back. I was seeing chiropractors every day for almost two weeks before the fight. That was terrible. Getting the win against John Howard, I thought about it, and was like, ‘Man, I’ve got one more year in me before I really settle down and life takes over and my wife wants to get back to work and resume her career.’ This year was me being greedy.”

With a wealth of knowledge, Ebersole could likely go back to his home, the famed Tiger Muay Thai in Thailand, and help produce some talented fighters. No matter what he decides to do, Ebersole can look back on quite the career and his unheard of 51 wins.