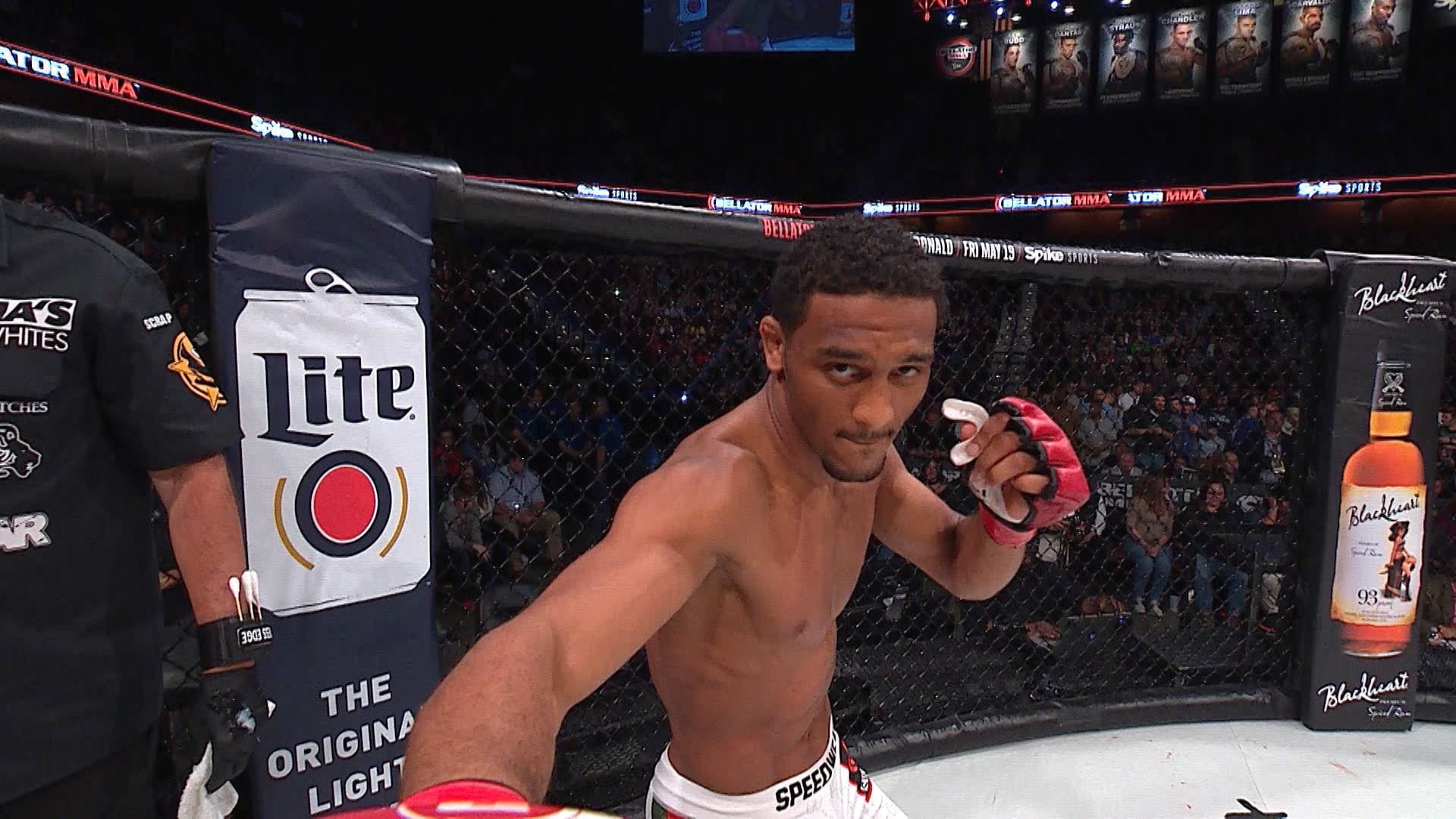 Bellator has been dealt a massive blow as it has been revealed A.J. Mckee suffered a torn LCL in his last fight and had surgery.

McKee last fought in December where he beat Derek Campos by submission. Yet, he tore the LCL just 30 seconds into the scrap. The news of the injury was first reported by The Athletic.

The undefeated prospect got surgery in January. So, whether or not he’ll be able to fight Darrion Caldwell in the semis is uncertain at this time.

“The doctor actually told me not to get surgery,” McKee said to MMA Fighting. “He said if I plan on fighting, don’t get the surgery. The recovery time is four to eight months. The fight is exactly, let’s see, I got the surgery end of January, so February, March, April. It’s cutting it close, you know what I mean, to be fully recovered and whatnot.

“But for me, it’s like my dad said, ‘If you’re not 100 percent, you’re not gonna fight. Your record, where you’re at right now, it’s not worth risking for a million dollars,’ just because of the caliber that not only he feels, but I feel that I’m at and just continuing to get better.”

A.J. McKee’s dad, Antonio believes his son will be able to fight in June when the semis are expected to take place. Yet, he hasn’t decided if he will be able to continue in the grand prix.

“Out of respect out of whoever is going to fill in for me, if I choose not to fight, I would want them to have a full camp so that I’m not just feeding them to a wolf,” McKee said. “I want to give them that opportunity to prepare for battle.

This is no doubt a massive blow if McKee can’t continue as many pegged him to be the future champion of the division.

Who do you think will replace A.J. McKee if he can’t continue in the grand prix?