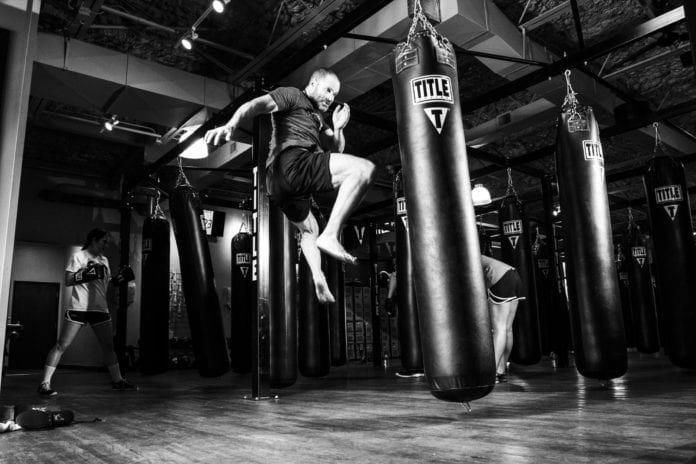 Mixed martial arts, or MMA, is a unique art form that combines different fighting styles under one umbrella. Fighters train for MMA competitions from UFC colleges to help them become the best of the best; however, there are many old school UFC fighters who have degrees outside the MMA world, too:

Chael Sonnen is known as” The American Gangster” in the ring, but there’s more to this universally loved fighter than his kicks and punches; before joining MMA fighting, Sonnen completed a Bachelor of Science degree in sociology. He achieved this degree from the well-known university of Oregon.

Prior to fighting full-time, Sonnen worked as a real estate consultant and even tried his luck in politics. However, despite his many ventures, the octagon seemed to be the one place he found his true passion.

They don’t call him “The Engineer” for nothing; acclaimed fighter, Shane Carwin, has not one but two degrees to his name. The first one is a Bachelor’s in Mechanical Engineering from the Colorado School of Mines; this is where he got his nickname, “The Engineer,” from.

Carwin’s second degree is a Bachelor’s in Environmental Technology from Western State College. Despite receiving two degrees, Carwin believes his place is inside the cage with his fellow MMA fighters.

Terry Martin has been fighting professionally since 2002 and is another well-known fighter in the world of mixed martial arts. Martin was born and raised in Chicago and was drawn to fighting from a young age; he soon joined gang culture but was severely wounded at age 15, after which he began to focus more on his education rather than fights.

This led to him achieving a Bachelor’s in Psychology and a Master’s in Clinical Psychology. In fact, Martin’s love for the subject is so strong that he is currently back in school for a doctorate!

It’s no secret that Martin has had his fair share of street brawls and gang fights, but his motto has changed since his younger days. Now, you can find him giving talks and seminars in schools across Chicago as he does his part to convince kids to choose education over gang culture.

However, getting an education isn’t easy and can prove a challenging time and time again. For this reason, many students in countries like Australia and the USA hire expert online writers for their essay editing and writing services. You can hire the expert editor from the Edubirdie essay editing service platform. An essay editor can check your work’s grammar, structure and content to help you curate a perfect essay that can do wonders for your final grade.

If you’re a fan of Japanese mixed martial arts fighters, you’ve definitely heard of Takeya Mizugaki. This gem from Japan has a Master’s in Electrical Engineering from Kanto Gakuin University, but has abandoned his path as an aspiring engineer and has chosen to follow his heart, instead; lucky for his fans; it seems that Mizugaki’s heart has led him to the ring and shows no sign of leaving anytime soon.

Better known as “The Snowman,” Jeff Monson is a famous MMA fighter. He has been competing since 1997 and has found immense success in it thanks to his MMA qualifications.

However, he had his life as an MMA master not worked out so well, Monson would have been found working as a therapist as a result of his Bachelor’s and Master’s in Psychology. He even has a record of having worked as a mental health professional in the past and is known for his open anti-war and pro-peace sentiment.

Franklin is a former UFC middleweight champion who joined the world of professional MMA at 25. The reason why it took him so long is simple: Franklin was busy studying for his bachelor’s in Mathematics and Master’s in Education.

He even worked as a teacher for a year before joining the MMA federation. His notable success and dedication lead to the mayor of Cincinnati naming 21st February as “Rich Franklin Day.”

This achievement was only possible because of Franklin’s dedication within and beyond the MMA octagon; his education made him an important contributor to society while his MMA days made him well-known throughout the country.

Despite not having an MMA degree from a renowned MMA college, Franklin is known for his martial arts style that resembles many old school MMA fighters.

As you can see, many MMA fighters have degrees beyond the scope of the UFC; these have helped them win success in multiple fields even after retiring from MMA fighting.