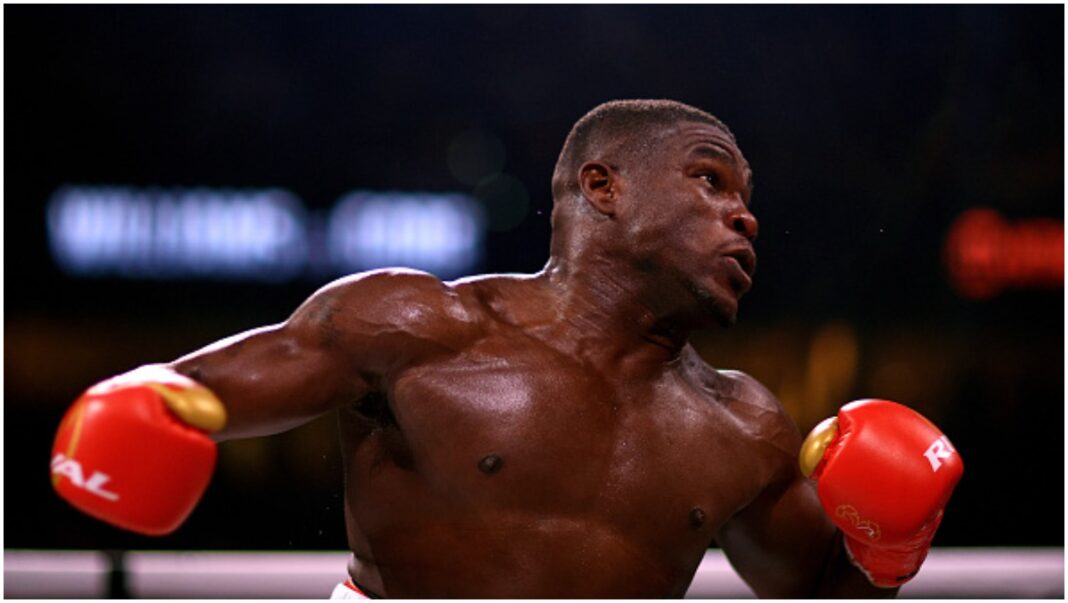 Before he was a boxer, Frank Gore was one of the NFL’s most fearsome running backs, known for a smash-mouth game comparable to the might of a Marshawn Lynch running it up the middle.

Now, he’s made a transition into boxing and his latest performance over Yaya Olorunsola is making critics believe Frank Gore will be one of boxing’s most successful cross-overs. With his one-punch knockout, Gore solidified his power as tangible, and put the MMA world and Boxing world on notice.

“Today was a great day!!!” The 49ers legend said on twitter, posting the clip of the knockout. “Want to thank my team for all the hard work.”

The Frank Gore Knockout on Jorge Masvidal’s Fight Card, and a Look at the Greatness of a 49ers Legend and One of the NFL’s Most Feared Tailbacks

Gore made his debut in the boxing ring after an illustrious career in the NFL. This includes being a 5x pro-bowler, and ending his career as the #3 rusher in NFL history with 16,000 rushing yards. Putting him above legendary names such as Barry Sanders, Adrian Peterson, Ladarian Tomlinson and more.

The 49ers legend made his boxing debut against former NBA star Deron Williams in December of 2021 on the Jake Paul vs. Tyron Woodley 2 card. This bout wouldn’t go his way however, as Williams defeated the former NFL star before retiring in the ring after the exhibition.

Gore wasn’t planning a retirement though, in fact, he was plotting a victory. He’d get his chance months later, and notch this impressive knockout over Yaya Olorunsola. With this victory Frank Gore officially moves to 1-0 professionally, and so far he hasn’t announced when he’s planning on making a return.

Would you like to see the former NFL star make a return to combat sports, or now that he’s gotten his ‘W’ should he look to finally retire from sports?