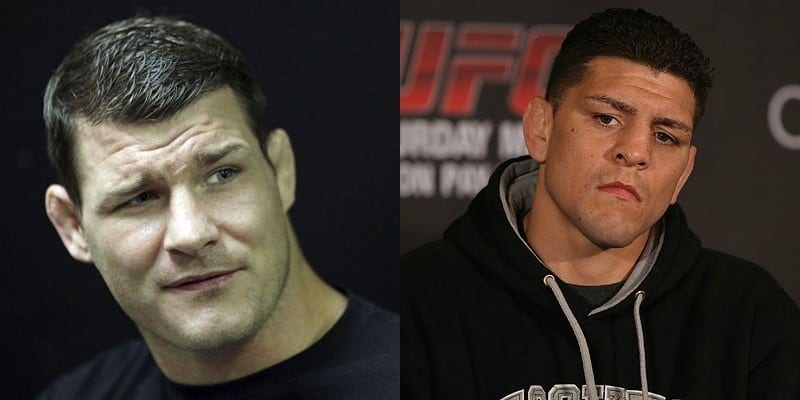 By now, most of us have seen the highly controversial moment in this past weekend’s (February 27, 2016) UFC Fight Night 84 main event between Anderson Silva and Michael Bisping.

Near the tail end of the third round, Bisping dropped his mouth piece, and quickly looked to referee Herb Dean for a stoppage in the action. Silva saw this as a wide open opportunity, and quickly pounced on his opponent.

After landing a few solid shots, “The Spider” unleashed a brutal flying knee that drilled Bisping flush on the chin, sending “The Count” crashing to the canvas as the bell rung.

Many, including Silva, felt as if the fight was over, but Dean elected to keep the fight going. Bisping would recover and end up winning a unanimous decision victory.

In the aftermath of the bout, outspoken, but currently suspended UFC welterweight and middleweight Nick Diaz took to twitter, sending out a meme regarding Bisping:

Apparently “The Count” has caught wind of Diaz’s comment. Bisping proceeded to send out a series of tweets firing back while also making it very clear that he’s open to fighting “The Stockton Bad Boy”:

Hey @nickdiaz209 see your talking shit. Don’t be bitter cos I beat somebody you couldn’t. Thought you were cooler than that. Obviously wrong

I’d of thought @nickdiaz209 would be more concerned about the beating his bro is gonna get next week, rather than looking for his own

For the record I like @nickdiaz209 I’ve always been a fan. But if wants to throw down I’m in.

While Diaz is a huge name and a fan favorite, Bisping may be better off looking towards the top of the 185-pound division, as he may be dangerously close to his long-awaited title shot.

That being said, Bisping vs. Diaz would be a huge fight nonetheless.

The Stockton native is eligible to compete again as of August 1, 2016.

Would you like to see these two square off later this year?