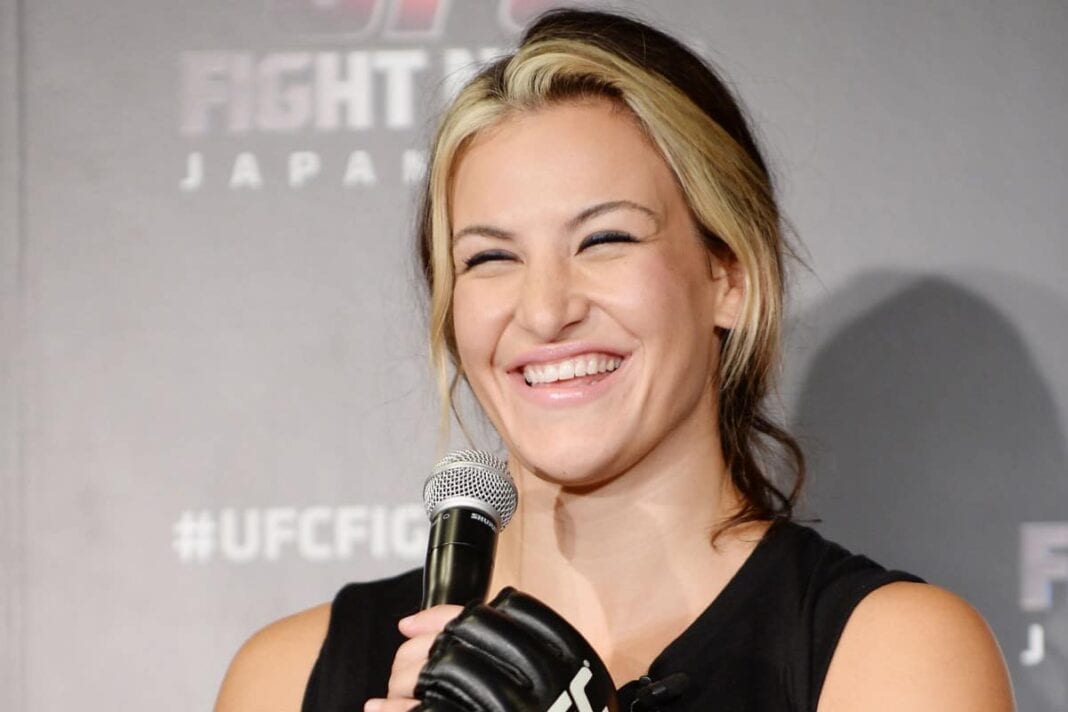 As of late, UFC women’s bantamweight contenders Miesha “Cupcake” Tate, and Bethe Correia have seemed to stir up a bit of a rivalry, with the Brazilian slugger recently claiming that she would retire Tate.

Correia has proven to be one of the division’s best trash talkers, but she is also coming off of a brutal knockout loss to former divisional queen Ronda Rousey last August. That being said, Tate would be happy to dish out a worse beating to Correia than Rousey did:

“If that’s the fight that she wants, I’d be willing to step in there and teach her a lesson,” Tate told MMAFighting. “Obviously, she needs a more brutal beatdown than Ronda gave her and I’d be happy to do that.”

Tate has remained atop the division for years now, and was expecting to receive a third crack at Rousey, but it ended up being Holly Holm who was awarded the shot. “The Preacher’s Daughter ended up stunning Rousey and stealing the title which may actually be beneficial to “Cupcake”.

However, it appears that the “Rowdy” one will receive an immediate rematch, making a scrap between Tate and Correia a reasonable one.

“Cupcake” admits that the Brazilian has annoyed her, and it seems like a fight she would be interested in:

“She’s really just annoying me honestly and for the longest time I just kind of ignored it,” Tate said. “I didn’t think she was really worth my time. I thought after Ronda shut her up she would kind of get the point that maybe she shouldn’t act like that and act so ignorant. Obviously, she didn’t.”

Who you would pick to come out on top in this potential clash?