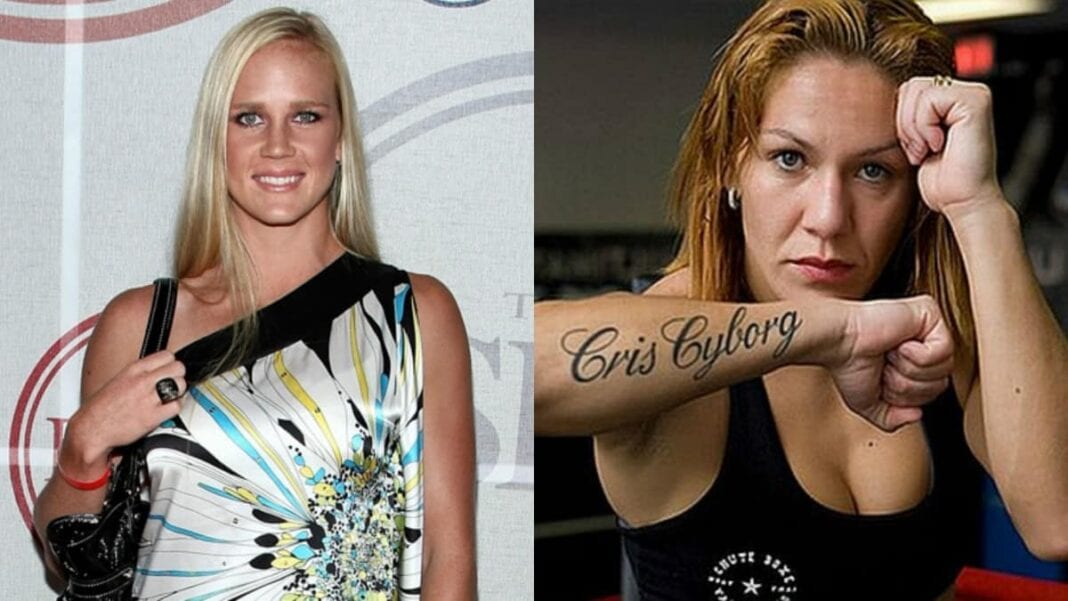 For the longest time, a potential super fight between “Rowdy” Ronda Rousey and Invicta FC champion Cris “Cyborg” Justino seemed to be the women’s MMA fight that fans wanted to see so desperately.

Although I’m sure that the interest would still be there, the situation has now changed after Rousey was shockingly knocked out cold in the main event of November 14’s UFC 193 by newly crowned 135-pound champion Holly “The Preacher’s Daughter” Holm.

Although Holm is a 19-time boxing world champion, many just didn’t see her beating Rousey, a woman many considered to be untouchable, but she did.

Rousey losing obviously puts a potential bout with Justino on hold, but this has been in the talks for a long-time and it has never come to fruition. “Cyborg” is a massive 145-pounder, and although she is attempting to cut down to the bantamweight limit, it’s unclear if she will do so.

The “Rowdy” one made it well-known that she wouldn’t budge on the weight discrepancy, admitting that she would only fight Justino at 135-pounds.

That may not be the case for Holm, as her long-time coach Mike Winklejohn recently spoke on the topic. Although he didn’t necessarily say that “The Preacher’s Daughter” would agree to a catch weight bout, and he did say that he wasn’t sure Justino could make bantamweight, Winklejohn also made it clear that Holm would fight the Brazilian any day:

“I’ll tell you what: Holly has never turned down a fight before in her life,” Holm’s coach, Mike Winkeljohn, recently told talkingbrawlsmma.com‘s Niall McGrath. “It won’t be on Holly’s terms if she turns down a fight, unless she retires. Holly will fight anybody, anywhere. She’s that tough, mentally. She believes in herself and what she can do.

“Cris ‘Cyborg’ is just incredible with her strength and with what she can so. I don’t know if she can make the weight at 135 pounds yet. She’s got a lot of holes in her game, a lot of craziness. That girl is so strong, so we’d have to be worried about it. But Holly would fight her in a heartbeat.”

Would you like to see the newly minted UFC women’s bantamweight queen take on the fearsome knockout artist in “Cyborg”?