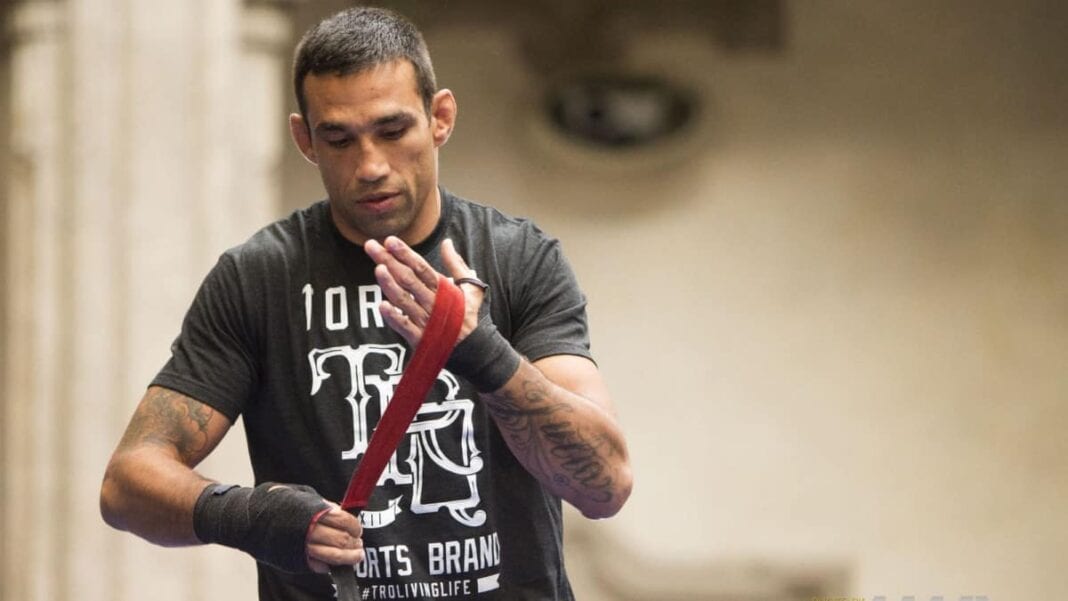 With the UFC’s deal with Reebok eliminating in-cage sponsorship deals for athletes, managers, and fighters have been forced to become more creative when dealing with sponsors, and it seems as if reigning UFC heavyweight champion Fabricio “Vai Cavalo” Werdum has done just that.

MMAJunkie has reported that Werdum has signed on to become an ambassador for Chechnya’s Akhmat Fight Club. Speaking on the deal, Werdum’s manager Ali Abdelaziz said that “Vai Cavalo” was treated like a king in Chechnya earlier this year, making the deal a no brainer:

“Fabricio was happy to accept what ultimately was a very lucrative offer, but this deal is not just a financial arrangement,” Abdelaziz said. “He was in Chechnya earlier this year, and he was treated like a king. It was an amazing experience for Fabricio, and the opportunity to partner with Akhmat Fight Club was something he didn’t want to pass up.

“Honestly, I think opportunities like this are something all managers should be looking for in the sport. With the changing landscape of sponsorship opportunities, you have to think outside of the box.”

“Vai Cavalo” commented on the deal as well, expressing his excitement to help build the sport of mixed martial arts (MMA) in Chechnya”:

“Chechnya was a great experience,” Werdum stated. “The people there were very generous, and I was treated like a real champion. I’m looking forward to going back there and help develop Chechnyan MMA.”

Werdum shocked the world last June, absolutely battering former champion Cain Velasquez in the main event of UFC 188 from Mexico. Although a date, and a venue have not yet been set for his first title defense, it has been made clear that Werdum will rematch Velasquez possibly in a Brazilian soccer stadium.

Who will you pick in the rematch?