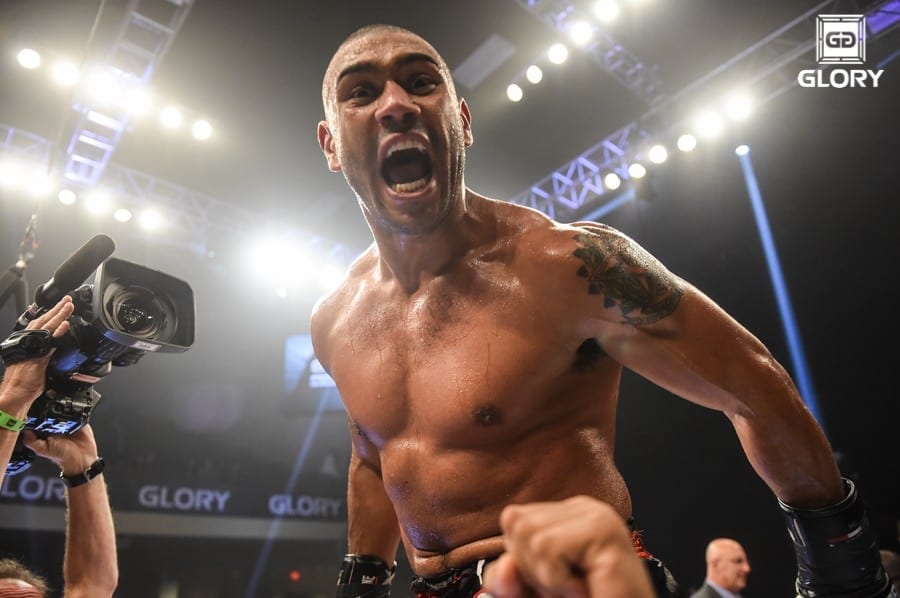 The Bellator and Glory “Dynamite” hybrid card is heating up. We’ve known that the card will be headlined by a light heavyweight title matchup on Bellator’s side. Champion Liam McGeary will defend his 205-pound strap against former Ultimate Fighting Championship (UFC) light heavyweight champion Tito Ortiz.

That isn’t the only light heavyweight title fight on the card. Zack Mwekassa (15-3) will get his shot at revenge when he meets Saulo Cavalari (29-3) once again, and this time gold is at stake (via MMAFighting.com). When they first met, Cavalari blasted Mwekassa with a high kick in the third round to reign supreme.

Former light heavyweight champion Gokhan Saki was stripped of his championship due to a contract dispute. Saki earned the belt when he defeated Tyrone Spong back in April 2014, but he hadn’t defended his title and held it for over a year.

Cavalari has a Glory record of 5-1 and is riding a three-fight winning streak. Two of Cavalari’s victories have been knockouts. He has earned 18 in his kickboxing career. His lone defeat in the organization came at the hands of Tyrone Spong last year. The Brazilian is currently ranked number two in the light heavyweight rankings.

Mwekassa has earned a Glory record of 3-1. All three of his wins came by way of knockout. In his career, he has earned 14 knockouts. He rebounded from his first loss in the organization to Cavalari by knocking out Carlos Brooks last month. Mwekassa is currently ranked number three in the light heavyweight rankings.