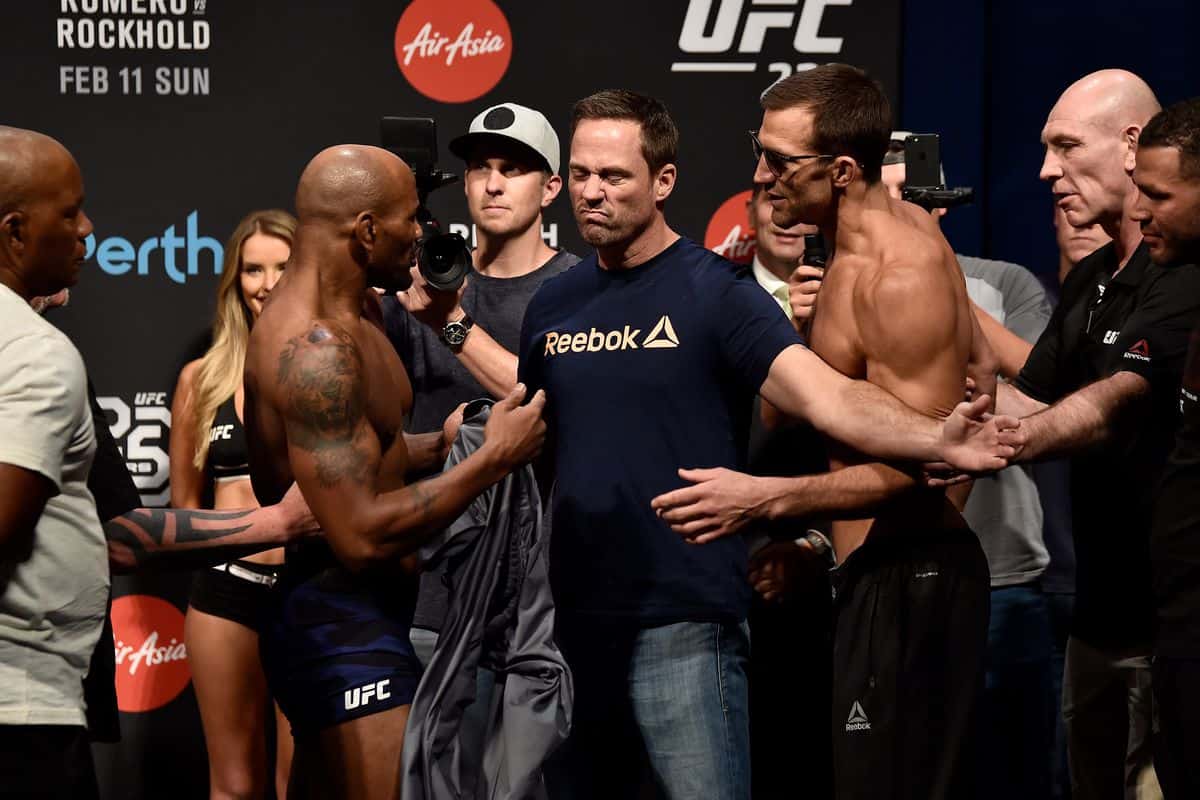 After missing weight on Friday night, Yoel Romero had a lot to prove in his UFC 221 main event versus Luke Rockhold last night (Sat., February 10, 2018) from the Perth Arena in Perth, Australia.

When it was in the books, “The Soldier of God” left absolutely no doubt as to whom the top UFC contender at middleweight was.

The fight began with a bit of a tentative pace, as each fighter respected the other’s power. Rockhold threw a high volume of low kicks early, landing a few along with his laser-like jab to most likely win him the first round. But Romero stormed back early in the second frame, rocking Rockhold with a barrage of wild power shots that seemed to daze the former champ momentarily.

In the third round, Romero seemingly came out of nowhere as he’s been known to do, flattening Rockhold with a huge punch over the top and absolutely crushing him with a follow-up shot on the badly hurt veteran. Watch the highlights of his vicious win, which should earn him the next shot at champion Robert Whittaker: