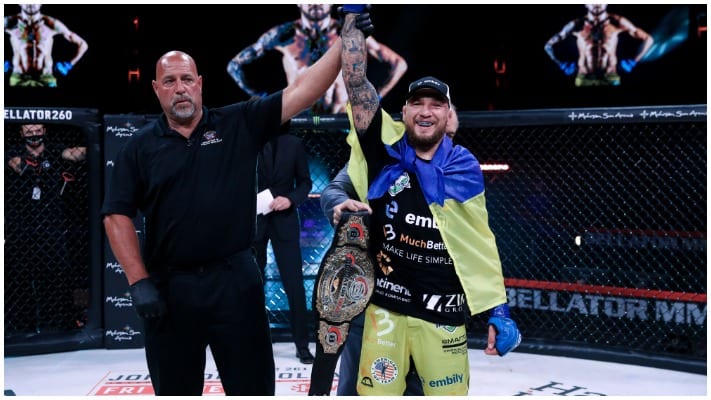 In the Bellator 260 main event a new welterweight champion was crowned as Yaroslav Amosov put on a dominant performance over five rounds to dethrone Douglas Lima.

Amosov closed the distance and wrestled Lima to the mat in each and every round. The undefeated Ukranian fighter was able to control on top and land enough damage to avoid being stood up by the referee. Any time spent on the feet was easily dealt with by Amosov who stayed out of trouble. The only slight moment of success for Lima came with 30 seconds left as he threatened with a submission, but Amosov eventually escaped and claimed the victory.

This loss brings an end to Lima’s third reign as the Bellator welterweight champion. Amosov stretched his perfect record to 26-0 while claiming the 170lb strap.

Check out the highlights from the Bellator 260 main event.

Do you think Yaroslav Amosov will enjoy a long reign as champion?