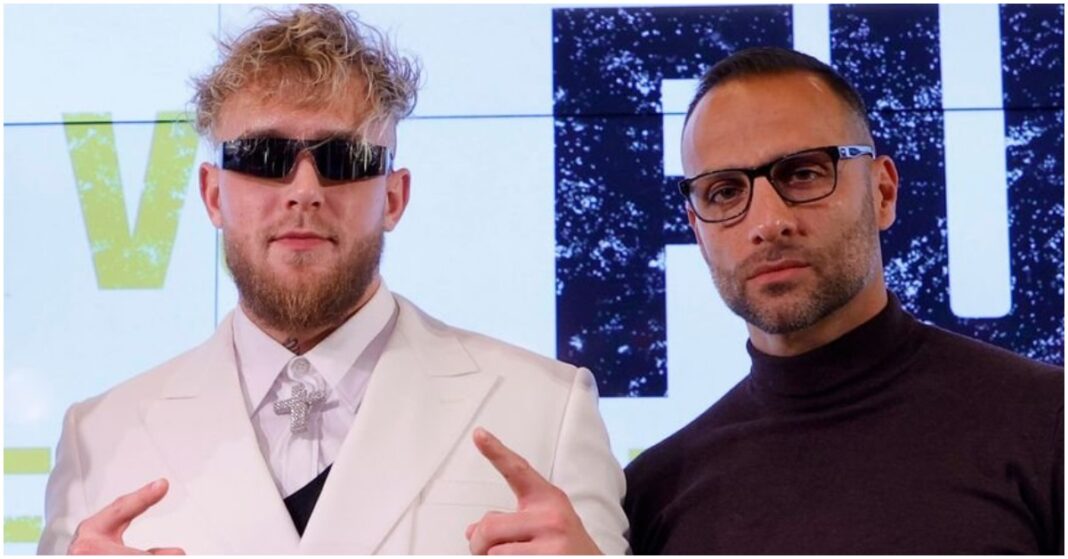 Dana White recently let rip at Jake Paul’s manager, who was apparently a former UFC employee, calling him a “warlock.”

The UFC president has been publicly exchanging shots with Paul over the Christmas period and things went up a notch on new years day when ‘The Problem Child’ claimed he would retire from boxing if White made some changes to the way he does business.

White issued a video response to Paul, who he insisted was too stupid to write the post about fighter pay and health care. The UFC boss then began to take aim at Paul’s manager who was apparently one of his old accountants.

“That thing that you came out with today, nobody on earth thinks that you really wrote that. You’re too stupid,” White said. “And for those of you that don’t know, if you’ve ever watched one of his fights and you see the staredown, the guy that’s standing in the middle with the warlock nose and the big wart on his face, apparently that’s his manager. That guy used to be an accountant for me and let’s just say this: He no longer works for me, and I think he’s a scumbag.

“But, if you two think that you can do it better than we do, we’re doing the whole thing wrong and you’re treating the fighters better than we do: Knock yourself out. Go start your own business. It’s easy to do. Get the warlock on it. The warlock can get it started for you. What you and the warlock should be focused on is your business.

Who Is The ‘Warlock’ Dana White Is Referring To?

Who is Nakisa Bidarian? And why is Dana White taking shots at him? Nakisa Bidaria worked as Chief Financial Officer / Executive Vice President of Strategy & Business Ventures for the UFC from October 2011 to December 2016. According to Paul, Bidarian was a pivotal player in the $4 billion deal that saw the UFC get sold to Endeavour.

Since leaving the promotion, Bidarian has worked with Triller and was one of the executive producers of the Mike Tyson vs. Roy Jones Jr. event that his client Paul featured on.

In January 2021, Bidarian co-founded Most Valuable Promotions who oversee all of Paul’s fights. Until now he has been able to keep a relatively low profile despite being closely linked to one of the most divisive figures in combat sports.