LowKickMMA.com
Home Combat What Do Wrestlers Wear Under Their Singlets? 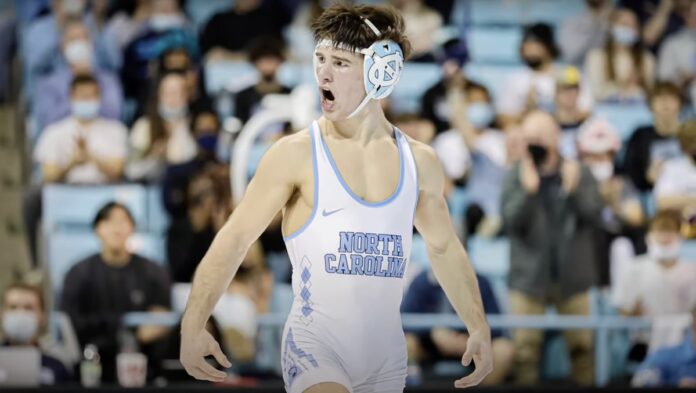 We also added a short history of the wrestling singlet and how it became the official uniform of the sport.

What Are Wrestling Singlets?

Sleeveless tights that cover a wrestler’s torso and extend to above the knee. Singlets were chosen as the official uniform of wrestling because they’re tight fitting and won’t get caught while wrestling.

Has The Wrestling Singlet Always Been The Uniform Of Wrestling?

Wrestling singlets have actually not been the official uniform of the sport for as long as some might think. Wrestlers wore several types of uniforms in competition before singlets were adopted.

No Clothing To Cloth Trunks

From ancient sculptures and paintings, we know that some of the earliest wrestlers actually wore nothing while wrestling. After this, cloth briefs or trunks were often used by wrestling practitioners in wrestling.

Every culture that practiced a form of wrestling used some type of cloth trunks when practicing wrestling. This would be the official wrestling uniform for centuries.

During the 1800s, there were many people that practiced early forms of catch wrestling and later Greco Roman style. Since mats and uniforms weren’t available, it was normal for wrestlers to wrestle in pants and boots.

Many wrestlers worked hard labor jobs in mines and factories. It was normal for them to wrestle in their work boots and pants after their shifts as a game.

One famous wrestling practitioner that competed in pants and boots was President Abraham Lincoln.

When forms of wrestling started to become more popular at the end of the 1800s, uniforms began being made. One of the earliest uniforms that were used in the first Olympic games were wrestling trunks and shoes.

Wrestlers would commonly wear wrestling trunks with a sleeveless shirt or sometimes no shirt.

After WW2, wrestling started to become widely practiced once again and the uniforms would go through a change. Famed wrestlers like Danny Hodge would wear leg tight with trunks over them and no shirt.

READ MORE:  How Much Do UFC Fighters Get Paid?

During the early 1960s, the NCAA banned shirtless wrestling. This ban led to the adoption of early wrestling singlets that were three piece uniforms.

The three piece uniforms consisted of a shirtless onesie, tights, and wrestling trunks over the tights.

Then in the late 1960s, the NCAA would allow wrestling singlets to be worn in competition. For years they were banned, but after prohibiting shirtless wrestling, singlets were then permitted.

The microfiber allows for quick drying and prevents rashes and burns that are common from wrestling.

What Do Wrestlers Wear Under Their Singlets?

The answer to what wrestlers wear under their singlets is actually a variety of different clothing. Everything from compression shorts, jock straps, or even nothing.

Many of the high level wrestlers opt to wear nothing under their singles when competing. They feel that any extra clothing in their crotch region hinders their movement and makes them slower. Since there’s no rule that they have to wear an under garment, most do not.

Some wrestlers and younger wrestlers will opt to wear a jockstrap when participating in wrestling. Others will also wear a cup combined with their jockstrap.

Wearing jockstraps was actually an obligatory rule many years back in junior wrestling categories. Now with the invention of compressions shorts, most young wrestlers prefer to wear them over jockstraps.

Briefs underwear are permitted to be worn under their singlets, and jockstraps used to be worn over them. These were chosen by young wrestlers that wanted an extra piece of cloth between them and their opponents.

In modern day wrestling, compression pants have also taken the place of briefs as the most worn undergarment in the sport.

In junior wrestling and female wrestling, wrestlers are permitted to wear rash guards under their singlets. Rash guards are great for absorbing sweat while preventing scrapes or mat burns during practice or competition.

Today, there are numerous clothing companies that specifically make rash guards for grappling arts like wrestling.

To keep their chests in place or prevent mat burns while also preventing possible wardrobe malfunctions during competitions.

Wrestlers are permitted to wear a wide variety of clothing under their clothing. They have the choice of wearing whatever makes them more comfortable while also within the rules of the sport.