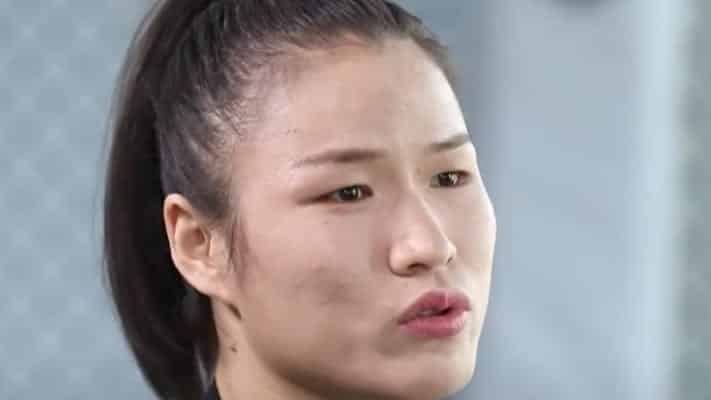 UFC women’s strawweight champion Weili Zhang is not too bothered by Mike Tyson’s prediction of her fight with Rose Namajunas.

And in a recent episode of his podcast, Tyson recently stated his belief to UFC president Dana White that Zhang would be destroyed by Namajunas.

What did Zhang make of those comments?

“That might be based on cultural differences between the East and the West,” Zhang said in a recent interview. “Easterners are relatively reserved and normally leave wiggle room when making predictions. There’s no defiance for no reason in our style. But Westerners are relatively outgoing and sometimes tend to pass judgement on things that haven’t happened yet.

“I also don’t think he’s really eligible to assess MMA as opposed to boxing, in which he has great experience. I could take it into consideration if he was involved with MMA, but he hasn’t really taken it up so maybe he’s just supporting from his country. His view hasn’t put any pressure on me or made me unhappy.”

While some outlets might take this as a dispute between the pair, it is simply a disagreement and Zhang still very much respects the boxing legend.

“… Instead, I respect him very much and I hope one day, he might take a chance in MMA. … I hope he can see this video.”

What do you make of Tyson’s prediction?