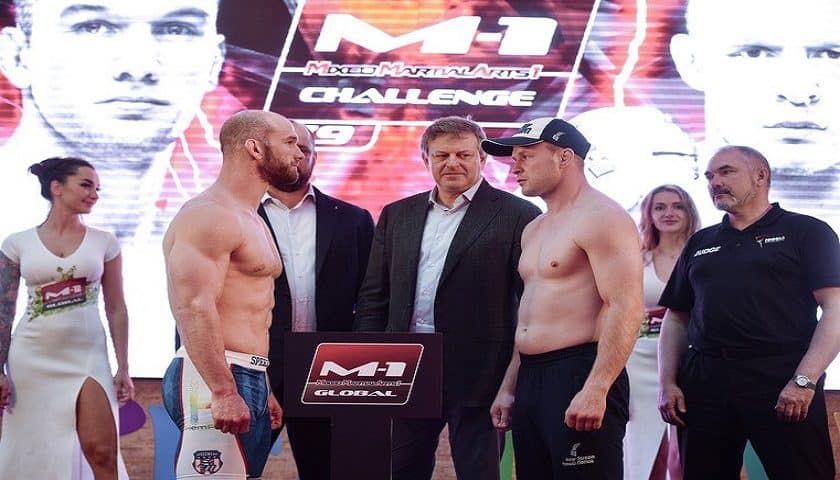 Former Bellator middleweight champions Alexander Schlemenko and Brandon Halsey fought for a second time under the M-1 banner in Russia on Thursday, and the fight ended just as quick and decisive as their first match-up.

While Halsey took the belt from “Storm” at Bellator 126 in September 2014 with a 35-second submission, Shlemenko returned the favor in the rematch, leveling the American with a nasty body kick just second into the first round.

“Storm” finished Halsey off in 25 seconds, forcing Halsey to tap to strikes before the referee stopped the fight. Between their two fights, the two former champions have fought a combined 60 seconds together,with each man taking home a victory.

“Storm” ended up failing a drug test due to elevated testosterone levels in his next Bellator appearance following his loss to Halsey, where a knockout victory over Melvin Manhoef was overturned to a no contest.

Halsey has now dropped three fights in a row, while “Storm” has not lost since their first fight, with six victories and one no contest.

Watch the lightning-fast finish below!