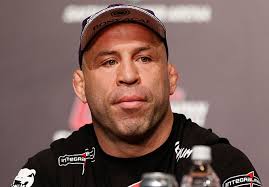 Former UFC and Pride competitor Wanderlei Silva has hardly masked his true feelings about his lifetime ban from the Nevada State Athletic Commission (NSAC) and the UFC following a confusingly avoided random drug test before his previously scheduled bout with Chael Sonnen a last July’s UFC 175.

The retired Silva said he was “ready for war” with the NSAC, and apparently he wasn’t messing around. Today (Tues., January 20, 2015) a report has come from ESPN’s Brett Okamoto that Silva has indeed filed suit against both the NSAC and UFC seeking a removal of his lifetime ban:

“Retired mixed martial artist Wanderlei Silva filed suit against the Nevada State Athletic Commission in District Court late last week, accusing the agency of overstepping its jurisdiction in the disciplinary action it took against him in September.

The lawsuit alleges the NSAC exceeded its jurisdiction on an unlicensed person, violated the licensing requirement, acted capriciously against Silva by imposing a “career-ending” ban and arbitrarily fined Silva based on an “imaginary purse.” It asks for the NSAC’s ruling to be overturned.”

Silva is apparently suing based on the fact that he had not yet been issued a license for his scheduled fight with Sonnen, who was also forced into retirement after failing two drug tests for a ludicrous amount of performance-enhancing substances.

“The Axe Murderer” was fined an amount based on a percentage of a purse that he did not receive, and that will most likely play into the decision rendered.

But that day will most likely be quite a ways off, so Silva is gearing up for a lengthy court battle with some of MMA’s heavy hitters. Will his efforts prove to be worth it, or is it time to accept his ban and move on with his life?