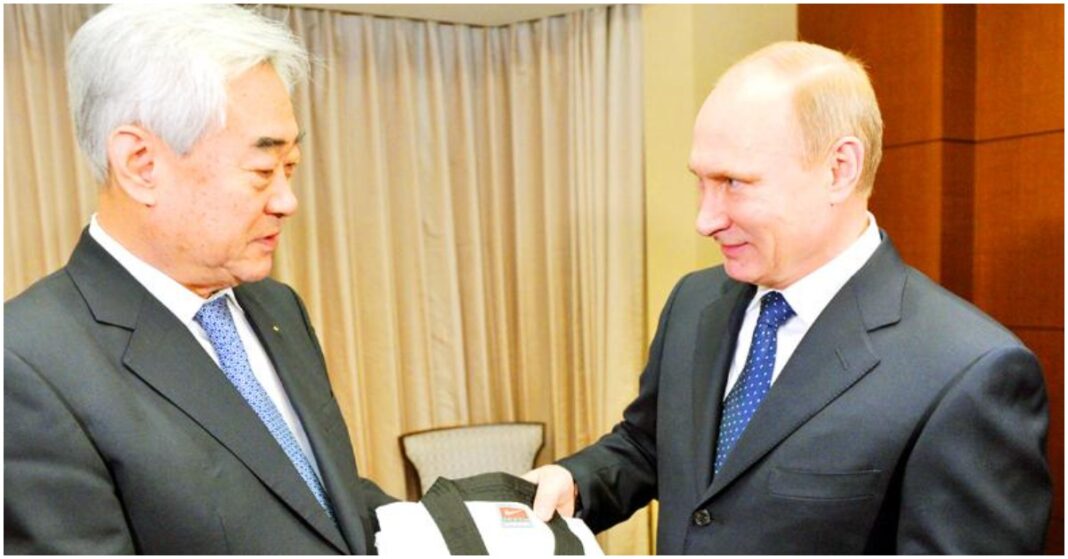 Russian President, Vladimir Putin has been stripped of his honorary Taekwondo Black belt by World Taekwondo as Russia continue their assault on Ukraine.

Courtesy, integrity, perseverance, self-control, and indomitable spirit; the five tenets of Taekwondo; five things that you would not use to describe Putin.

In November 2013, World Taekwondo had bestowed an honorary 9th dan black belt to Putin, a rank higher than many Taekwondo masters. But as Russia continues their invasion of neighbouring Ukraine, World Taekwondo has stripped Putin of the honour, condemning the monstrous attacks.

“In this regard, World Taekwondo has decided to withdraw the honorary 9th dan black belt conferred to Mr. Vladimir Putin in November 2013.”

“World Taekwondo’s thoughts are with the people of Ukraine and we hope for a peaceful and immediate end to this war.”

Sports Organisations Take A Stand Against Vladimir Putin And The Attacks

The International Judo Federation has also taken a stand against Putin, a judo black belt; suspending him from his role as honorary president and ambassador.

Other sporting organisations around the world have also stood in solidarity, with FIFA and UEFA banning Russian and Belarusian teams from playing in competition. The World Athletics have also banned all athletes from Russia and Belarus from competing.

Ice Hockey, Chess, Basketball Badminton and Archery are also among dozens of sports that have sanctioned Russia and Belarus for their abhorrent and needless war which will affect countless lives.

Do you think there is anything else sports organisations can do to stand against Vladimir Putin?