LowKickMMA.com
Home UFC News Pics: Vitor Belfort Is ‘Back’ To Being Ripped Again 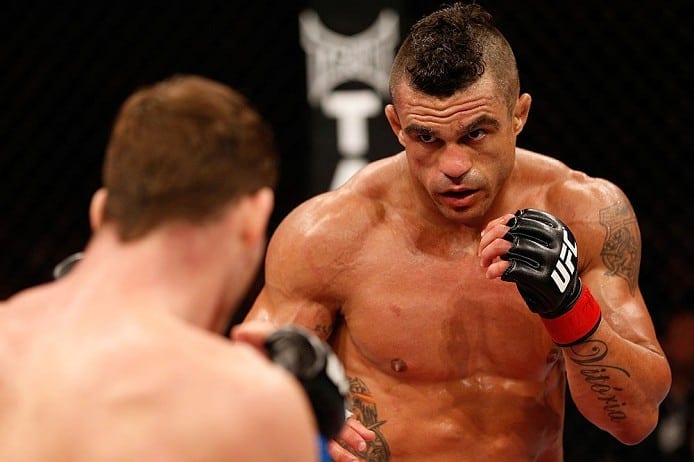 The physique of Vitor Belfort seems to be an ever changing subject. From his early days as a massive teenager fighting as far back as UFC 12, to his post-steroid bust years as a flabby light-heavyweight in Cage Rage, and then came the TRT (testosterone replacement therapy) era. A shredded ‘Phenom’ was described by Joe Rogan as ‘an alien with muscles on his teeth”. Most recently a shrivelled looking Belfort was dwarfed and smashed by Chris Weidman at UFC 187.

A rubber match with Dan Henderson in Brazil is now on the horizon, and Belfort has been training hard for the November 7 bout. Recent posts to Belfort’s Instagram account not only show him grinding in the gym, but also that he’s managed to pack on a few more pounds since getting all the TRT cold turkey over and done with.

The Brazilian knockout artist has a long history of violence with the UFC and Pride FC mainly, and looks to keep his career alive against an opponent who managed to pull off a huge win against Tim Boetsch this past June. ‘Hendo’ was knocked out by a huge head kick against Belfort in Brazil in 2013, and ‘The Phenom’ will no doubt try to repeat that result in November.

Check out the recent pictures and video of Vitor Belfort in training: