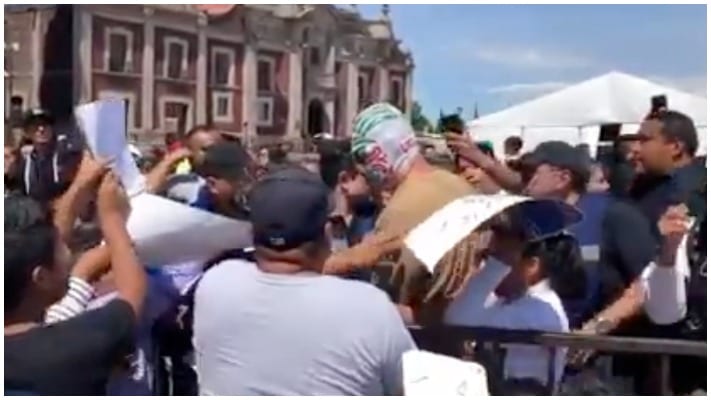 Former UFC heavyweight champion Cain Velasquez is set to make his pro wrestling debut this weekend and he certainly has a lot of fans interested.

Velasquez takes part in Triplemania XXVII this Saturday at Arena Ciudad de Mexico in Mexico City. He will be tag teaming with Cody Rhodes and Psycho Clown to face the team of Texano Jr., Taurus and a mystery opponent in a six-man tag match.

And as one can see in the below video, the American Kickboxing Academy product has a lot of fans in Mexico eager to see him in the squared circle:

“Velasquez has all the athletic credentials,” Del Rio said. “Wrestling is more difficult than people know, and it’s hard physically, but Cain has the athletic pedigree to do the job in the ring.

“He respects wrestling. He has the right attitude, he is sincere in wanting to learn. Whether that will translate, we don’t know, but he’s doing and saying all the right things.”

As for his Octagon return, there is nothing new right now. Velasquez last fought at UFC Phoenix in a losing effort against Francis Ngannou. He notably busted his knee early on in that fight before succumbing to a TKO defeat.

Do you think we’ll ever see Velasquez in the Octagon again?