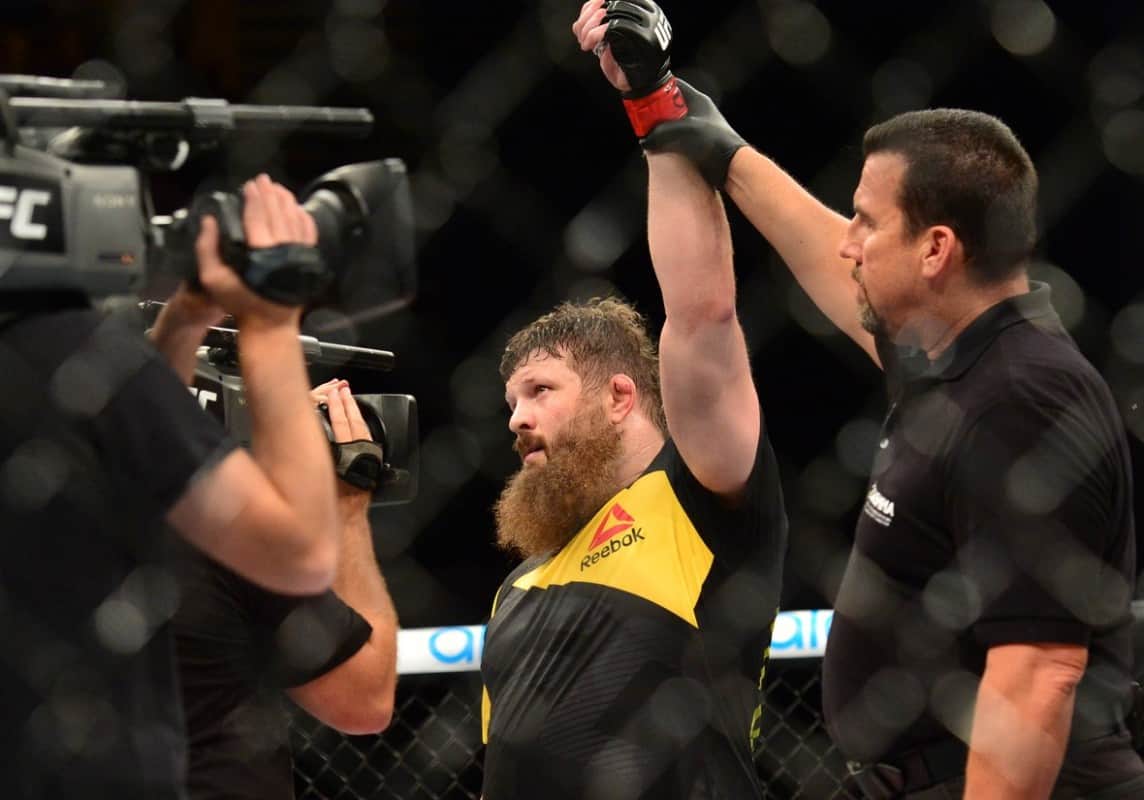 The fight may not have begun as everyone expected with some early exchanges and a grueling clinch that lasted through the entire first round, but they eventually got what they predicted when “Big Country” floored Silva with an uppercut and followed with some perhaps unnecessary shots on the ground to earn the knockout victory:

But Nelson wasn’t done putting on a show at that point, kicking referee John McCarthy (with whom he has a detailed history with) in the backside after what he deemed to be a late stoppage:

Interesting. ‘Big Country’ is back in the win column with a needed knockout over “Bigfoot,” but could a bout with “Big” John be on the horizon? Probably not, but we’ll wait to see if the portly fan favorite gets any retribution for kicking a referee.