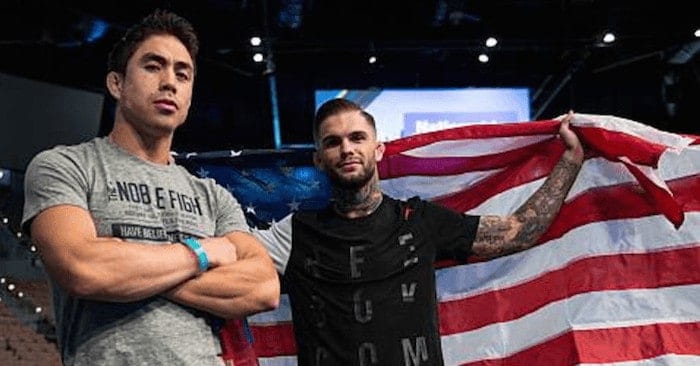 Team Alpha Male head coach Justin Buchholz returned to the MMA cage on short notice after a three-year layoff and won by bizarre first-round TKO. Buchholz (16-10) was competing at Alaska Fighting Championship 133 as a short-notice replacement against Marques Facine (14-15), which was streamed live on UFC Fight Pass.

Buchholz (16-10) was competing at Alaska Fighting Championship 133 as a short-notice replacement against Marques Facine (14-15), which was streamed live on UFC Fight Pass.

Buchholz, 34, capitalized on a slip from Facine and brutalized his ribs with body kicks while Facine was face down. The final of those kicks accidentally hit Facine in the head, causing the referee to stop the fight.

After some confusion, the judges determined that the final kick was accidental and had no bearing on the outcome of the fight (i.e. Facine was done well before the final kick). It did cause an odd scene to ensue, as Facine was injured and had to actually be taken out on a stretcher.

The win was Buchholz’s first since May 2013. Check out the bizarre win for Buchholz via MMA Junkie’s Blue Corner here:

Justin Bucholz landed several hard soccer kicks to the body of Marques Facine and the last one went to the head and Facine was done #AFC133 pic.twitter.com/11Tl1Yjo0m

What do you think of the finish?