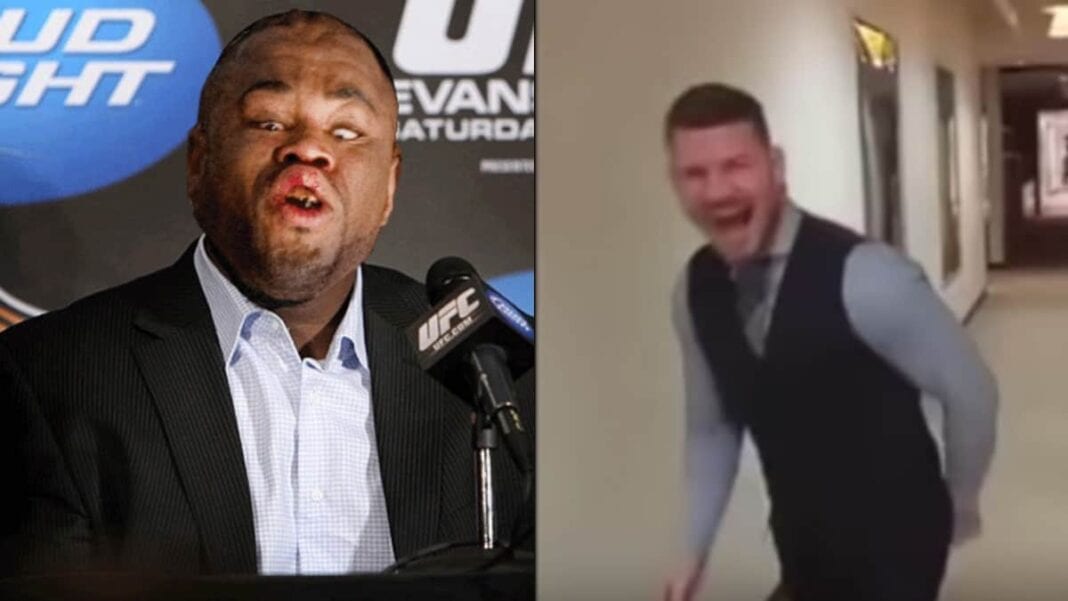 Old rivals Michael Bisping and Rashad Evans are up to their old tricks again….

Once opponents in the UFC octagon, and now co-hosts of the UFC on FOX show, Michael Bisping and Rashad Evans have fought in linear divisions of the UFC. With Evans fighting as a light-heavyweight, and Bisping in the middleweight category since his 2007 first pro loss to ‘Suga,’ they’ve been able to develop quite a good friendship since their time in The Ultimate Fighter house.

Bisping never went on to win a UFC championship yet, or compete for one for that matter, but Evans did briefly capture the light-heavyweight title before being famously knocked out by Lyoto Machida for his first ever loss. Evans most recently got handled by Ryan Bader at UFC 192, and ‘The Count’ extended his win streak to two with a decision win over Thales Leites in July.

The following video, courtesy of MMA Digest, shows Evans playing a sneaky prank on Bisping, followed by an hilarious slow motion replay of ‘The Count’s’ reaction. Hopefully you’ll enjoy the humorous moment, as I’m sure Evans did!