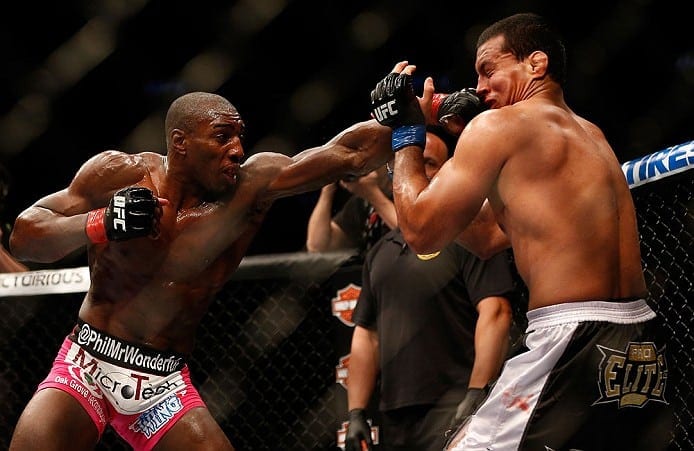 Making his Bellator debut, Phil Davis was steamrolling his way to a light heavyweight title shot when he submitted former champ Emanuel Newton in the semis to earn a spot against Muhammed Lawal in the finals at tonight’s (Sat., September 19, 2015) Bellator 142: Dynamite 1 from the SAP Center in San Jose, California.

But ‘King Mo’ hurt his ribs in his win over Linton Vassel in the semifinals, and doctors wouldn’t clear him to fight. Vassel was also unable to participate in another bout.

So fellow UFC veteran Francis Carmont, who fought hours earlier on the preliminary card, stepped in to face Davis, and let’s just say it didn’t end like any old ‘Mr. Wonderful’ fight. Davis ended Carmont’s night early with, of all things, a knockout, unleashing a perfect overhand left that nailed the late replacement right on the button.

Here’s the KO in slo-mo: