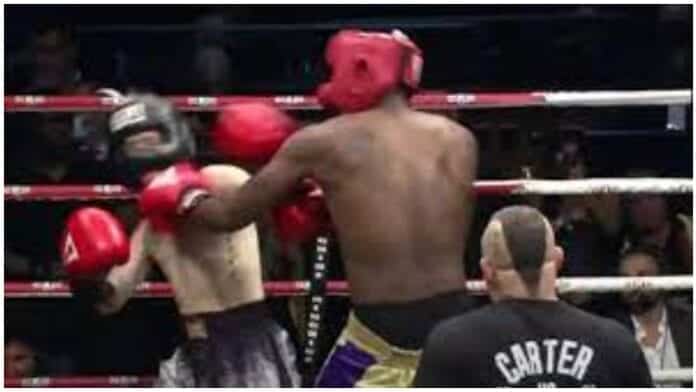 Chuck Liddell was the man in the middle as the 6’10 former NBA player squared off against the incredibly undersized popstar who weighed in at 175lbs ahead of the bout. Odom tipped the scale at Lamar Odom at 239.5lbs for the fight.

Check out the highlights below.

Did Lamar Odom or Aaron Carter impress you last night?