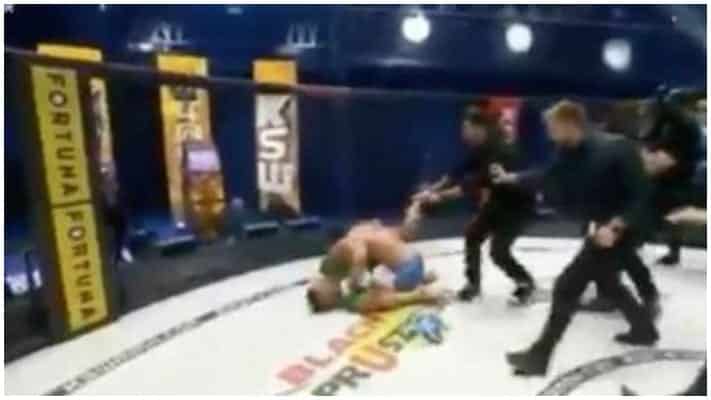 KSW 58 gave fight fans something they wouldn’t have been expecting last night when Shamil Musaev and Uros Jurisic had a brawl after the decision had been read out from their three-round welterweight fight. (H/T MMA Mania.)

Both fighters came into KSW 58 as undefeated prospects, both with a lot to lose and both eager to start the new year with a win.

The fight at KSW 58 was itself memorable but it will be the action afterwards that will be remembered amongst fight fans. Musaev was ruled the winner via a unanimous decision but afterwards both fighters began to wrestle on the canvas and pure chaos followed.

You can view the video at the top of this article.

Another video below shows Musaev picking Jurisic up and slamming him to the canvas.

The main event of KSW 58 resulted in Daniel Torres capturing the featherweight title by defeating Salahdine Parnasse via TKO.

What do you think the punishment should be for Shamil Musaev and Uros Jurisic after their scrap after the final bell?