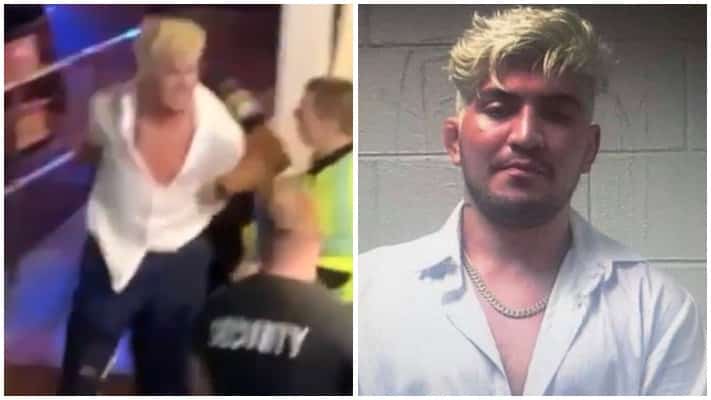 Dillon Danis has got himself in trouble with local law enforcement.

On Monday, a video showing the Bellator prospect struggling with police as he’s handcuffed and arrested outside of the Beachcomber Bar and Grill in Seaside Heights, New Jersey, this past weekend, was released.

Danis is yet to comment on his arrest but did post a cryptic message on social media after news of his legal troubles went viral. “You need people like me,” Danis wrote on Twitter.

The 28-year-old is currently rehabbing from knee surgery and can be seen sporting a knee brace in his arrest video. Danis enjoyed a successful career in BJJ but it remains to be seen if he will become a champion in MMA. The SBG fighter is yet to take on anyone with a winning record and is most known for being a friend and teammate of Conor McGregor. He has recently been linked to a crossover fight against YouTube sensation-turned professional boxer, Jake Paul and has also issued callouts to pretty much every high-profile name in MMA.

What do you think Dillon Danis was arrested for?