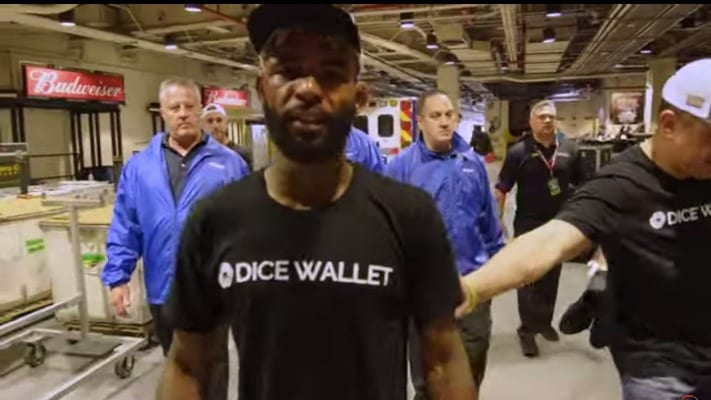 Caldwell suffered a unanimous decision loss to Kyoji Horiguchi at Bellator 222 this past weekend. Although Caldwell took Horiguchi down throughout the fight, the RIZIN star was the more active fighter during the bout. Following the defeat, Caldwell and his team headed backstage.

A cameraman for Bellator was filming Caldwell, who began talking trash at the camera. Cladwell said,

It was at that point where Caldwell slapped the camera, seemingly knocking it out of the cameraman’s hands. There’s currently no news on whether or not the cameraman was injured as a result of the incident.

Check out the video of Caldwell smacking the camera here:

As a result of the win, Horiguchi currently reigns as the bantamweight champion of both RIZIN and Bellator MMA. Horiguchi is now on a 13-fight win streak after defeating Caldwell. He hasn’t been defeated since his 2015 fight against Demetrious “Mighty Mouse’ Johnson in the UFC.

Johnson submitted Horiguchi with an armbar with one second to go in the last round of their 125-pound title bout.