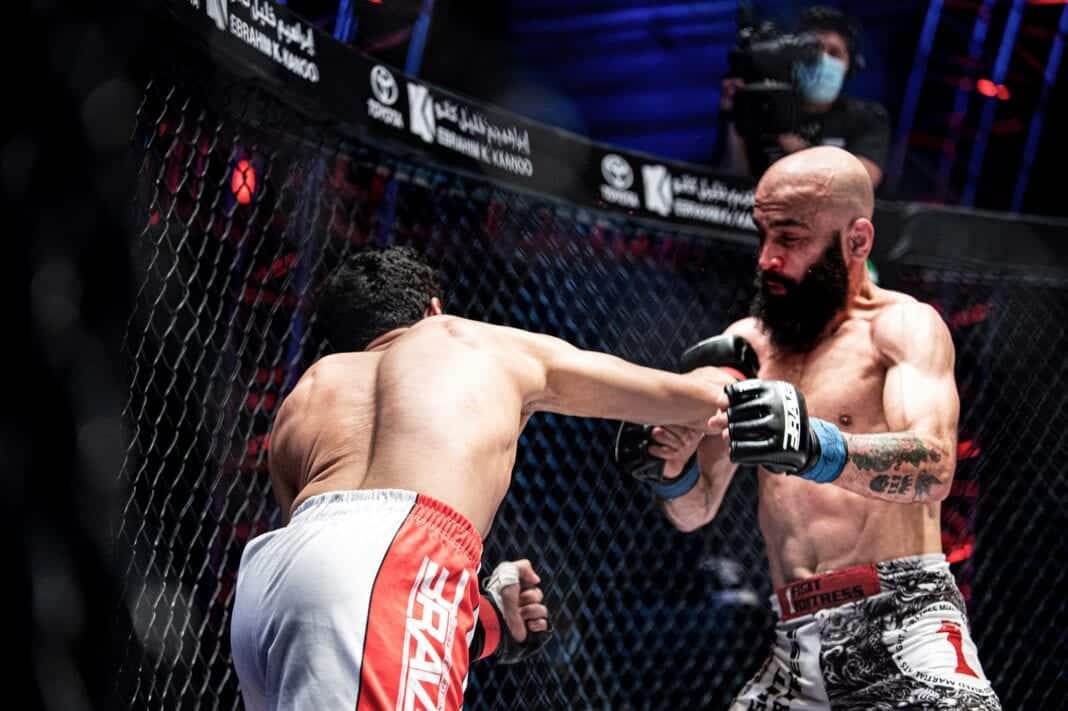 BRAVE CF kicked off its Kombat Kingdom series this week, with BRAVE CF 47 laying down the gauntlet for the next three shows. The 10-card bout was filled with brutal KO’s, stunning submissions, and an impressive comeback.

The most notable was a walk-away KO by Abdul-Azim Badakhshi, who sent Agshin Babayev crashing to the canvas with a devasting right hook in the final stages of the opening round of their featherweight clash. It was an impressive performance from the Afghan fighter, making only his second appearance inside the BRAVE CF cage.

On a normal night, Badakhshi would have no competition for bragging rights around the best stoppage of the night. However, only two bouts prior India’s Mohammed Farhad defeated Pakistan’s Uloomi Karim with a jaw-dropping straight right, stopping his opponent right in his tracks.

Kyrgyzstan’s Nemat Abdrashitov scored the ‘comeback of the night’ after finishing Russia’s Anzor Abdukhozhaev via second-round TKO. The 29-year-old found himself in dangerous waters half-way through the second-round after Abdukhozhaev appeared to lock in a game-winning ninja-choke. However, Abdrashitov was able to escape the Russian’s clutches and fire back with a powerful right hook, leading to his victory.

In the evening’s main event, Kyrgyzstan’s Abdisalam Kubanychbek racked up a comprehensive win over Rolando Dy of the Philippines. Kubanychbek’s offense overpowered Dy, with the former UFC fighter’s corner throwing in the towel at the end of the second. The win means that Kubanychbek’s next bout will be for the BRAVE CF lightweight strap, currently held by Amin Ayoub. Still, Ayoub will first need to retain his title when the 25-year-old defends his strap against Egypt’s Ahmed Amir in the co-main event of BRAVE CF 50.

Here are the full Results for BRAVE CF 47: Asian Domination