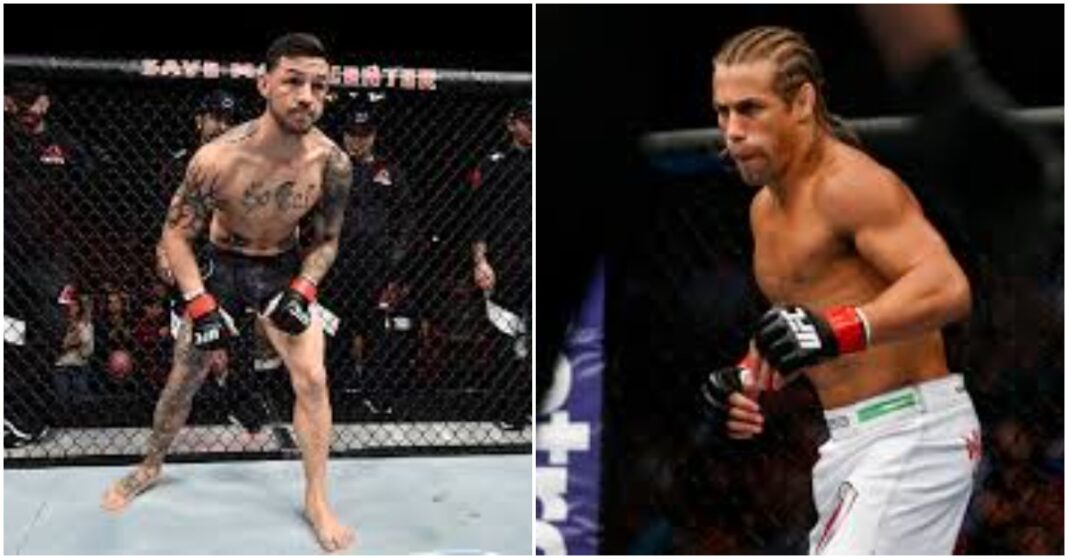 Urijah Faber responds to Cub Swanson’s callout he made after beating Darren Elkins in December.

After Swanson defeated Elkins via TKO in the first round, he proceeded to challenge Faber to see who the ‘King of Cali’ truly is. He also hinted at the fight happening in California to add to the stakes. Swanson would make the drop down to bantamweight to take on Faber in his “dream fight”.

Faber has finally responded to Swanson’s proposal in a video he put out today.

“Directly afterward in the press conference that his dream fight would be to fight in Palm Springs against yours truly, he wants to drop to 135,” Urijah Faber said about a fight with Cub Swanson.

“Honestly, I know he broke his hand, that might give me enough time to train, he’s going to drop down to ’35. We were supposed to fight back in 2004 in King of the Cage on short notice for 1000 bucks. I think they were going to pay him a couple hundred bucks and they were going to pay me like 1000 bucks. That never happened, so Cubbie, I’m honored that I’m your dream fight here in this scenario. So we might find out who the king of California is.” (Transcribed by BJPenn.com)

He was on the wrong side of a KO via a head kick. Faber has a career record of 35-11 and was the former WEC bantamweight champion. Both Faber and Swanson are WEC alums, but never met on their road to the UFC. While both may be on the tail end of their career, a fight between the two would be very fun. After losing four fights in a row, Swanson then proceeded to win three of his last four bouts. His most recent win being a dominant KO victory over Elkins.

Would you be interested to see Faber and Swanson go at it?