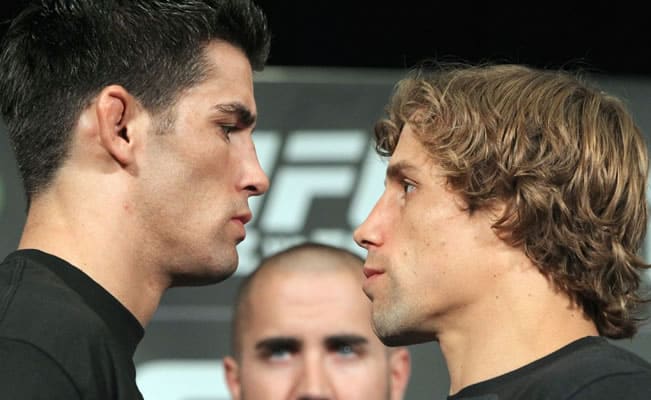 Veteran UFC bantamweight Urijah Faber believes the division is better than it’s ever been. ‘The California Kid’ has admitted he is no longer interested in chasing another title shot after his latest loss to Petr Yan at UFC 245. However, that hasn’t stopped him giving his opinion on the champion and his many contenders. Speaking to MMA fighting about 135lb king Henry Cejudo he said.

“I know he just wants to make money and I can’t blame him. They want to make a paycheck. It’s not about making it, it’s about making it and keeping it.”

The 40-year-old then went on to dissect the runners and riders at bantamweight, starting with former opponent Yan. Faber believes the Russian may have a little more work to do despite his dominantly beating him last time out.

“There’s so many good people in the division. I really feel like this is the most exciting the division has ever been. You could make a case for Yan. Beating me at 40 [years old] like that is not necessarily the thing that’s going to get him the nod. I don’t think Yan is necessarily is 100 percent the guy to get it but I wouldn’t blink and say that he couldn’t get it either.”

The reason being that 135lb is stacked full of contenders right now and plenty of fighters could be next in line for a shot at ‘Triple C’.

“I mean [Jose] Aldo looked really good. [Marlon Moraes] looked really good. You’ve got Aljamain Sterling, who’s coming out. You’ve got Cody [Garbrandt] coming back and he’s motivated and he’s training his ass off. You’ve got [Raphael] Assuncao. I was watching some old fights of Assuncao with Cody and that guy’s been in the top-five for like 10 years. There’s a lot of guys TJ Dillashaw is a cheat, he’s going to be coming out of his suspension. There’s a lot of interesting things.”

Beyond the obvious contenders at bantamweight, Faber believes former champion Cruz could also re-emerge in 2020. Three-time opponent of ‘The Dominator’ Faber has accused the division of sleeping on Cruz who hasn’t fought since losing his title in 2016.

“I think Dominick Cruz would be a nightmare matchup for Yan. Maybe have Dominick come out and fight Yan and the winner of that [gets the title shot]. Everyone’s sleeping on Dominick Cruz.”

Who’ll be the man to face bantamweight champion Henry Cejudo next?