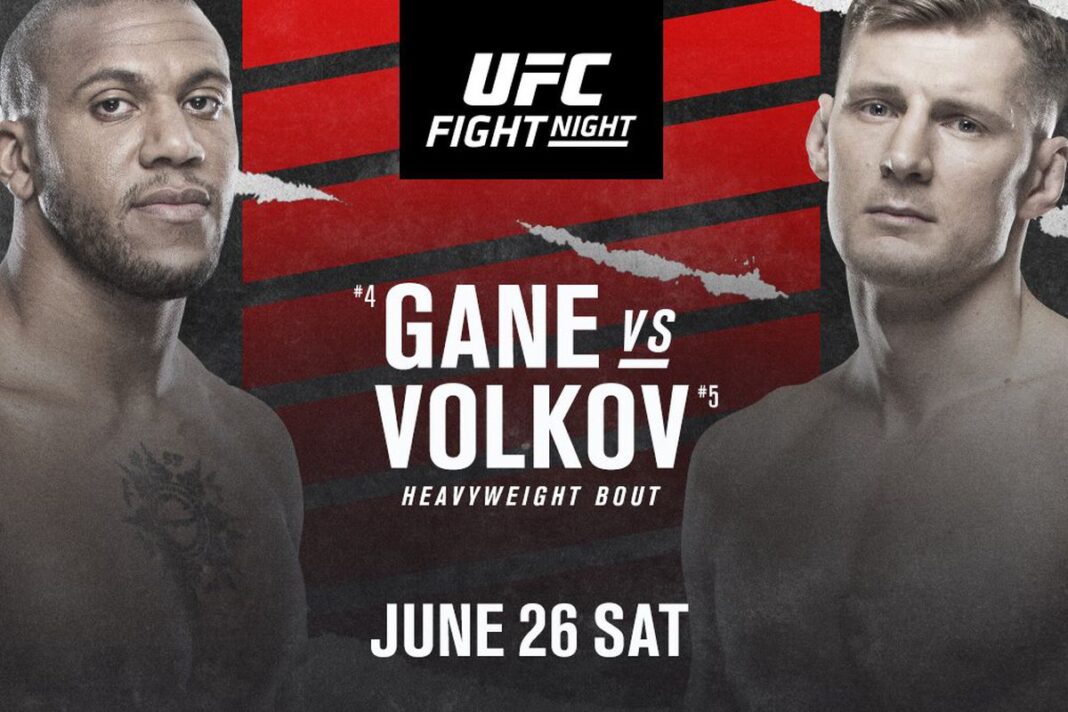 UFC Vegas 30 takes place this weekend at the APEX facility in Las Vegas, Nevada. Unfortunately, no fans will be in attendance to watch a stacked card that is topped by a heavyweight fight with title implications as Ciryl Gane puts his undefeated record on the line against Alexander Volkov. Join LowKickMMA as we preview and predict this fight as some others ahead of UFC Vegas 30. Hopefully, we’ll win some money too by backing our picks at gg.bet sports.

This is a truly intriguing main event match-up that could see the winner jump the queue at heavyweight. Ciryl Gane has quickly risen through the heavyweight ranks picking up high-profile wins over Junior dos Santos and Jairzinho Rozenstruik. He enters the UFC Vegas 30 main event with a perfect 8-0 record and is for that reason the -170. Despite his impressive rise to prominence, we just cannot bet on Gane this weekend. In our opinion, he’s being rushed along too quickly and will come unstuck against Alexander Volkov who is a 41-fight MMA veteran. The +140 underdog has several high-profile wins over the likes of Fabricio Werdum, Alistair Overeem, Roy Nelson, and Stefan Struve. Volkov can point fight with the best of them and has displayed an ability to fight over five rounds. The Russian also has a good finishing instinct that could see him take out the undefeated prospect if the opportunity arises.

This fight is a surprising one in several different way. First off, OSP is stepping up to heavyweight on late notice after his light-heavyweight opponent, Maxim Grisham fell out. Tanner Boser stepped in and now we have a new co-main event. Its surprising to see OSP back at heavyweight, to be brutally honest he looked poor against Ben Rothwell in his last heavyweight stint. For this one though we are backing him to win but once again the bookmakers don’t agree with us – pricing St Preux at +140. Boser despite being on a two-fight losing streak and stepping up on late notice is the -170 favourite.

The LowKickMMA team were gutted when Tim Means’ fight with Danny Roberts was scrapped from UFC Vegas. Luckily, ‘Dirty Bird’ only had to wait one extra week to get his fight date. He looked great last time out as he easily out struck Mike Perry over three rounds. Means clearly impressed the oddsmakers too as they have him the -138 favourite heading into this one. Dalby is the +110 underdog but he’ll bring it no doubt. Don’t be surprised if both of these men go home with a $50,000 Fight of the Night bonus cheque. But ultimately we can’t look past Mean in this one – he’s looked terrific lately.

Last but not least we have this banger of a fight opening up the UFC Vegas 30 main card. Renato Moicano has been a featherweight contender forever and is now testing himself at lightweight. He’s a pretty big -250 favourite heading into this one and you can see why. Moicano’s UFC pedigree far outweighs his opponent who has fought in the Octagon just once and suffered a brutal KO loss when he did. For us, this fight will end quickly and for that reason, we are once again going against the bookmakers. Jai Herbert is a fast starter and heavy hitter. The former Cage Warriors lightweight champion is comfortable at the weight and despite being a UFC newcomer is a seasoned pro who is ready to make a run at the rankings. All he needs is a big win and we think he’ll get is a +200 underdog this weekend.

What UFC Vegas 30 fights will you be betting on?