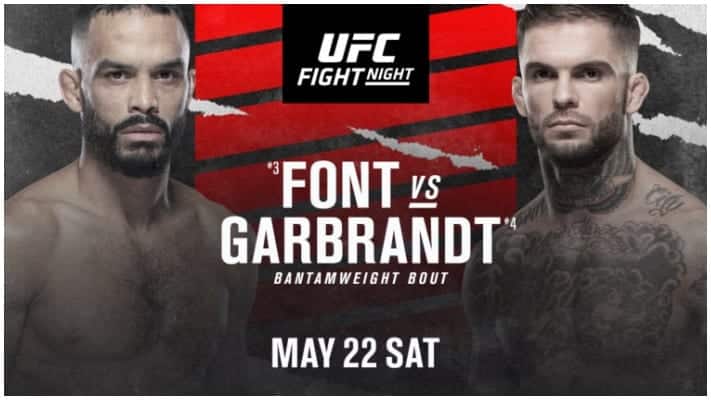 UFC Vegas 27 takes place this weekend behind closed doors at the APEX in Las Vegas, Nevada. In the main event, we have an exciting match-up between two of the biggest punchers in the bantamweight division as Rob Font takes on the former champ, Cody Garbrandt. The UFC Vegas 27 undercard is stacked with lots of fun fights that are sure to deliver plenty of standout moments.

Join LowKickMMA as we preview, predict, and hopefully win some money on the UFC Vegas 27 main event and a selection of its undercard fights. If you’re looking to bet on more than just the fights this weekend, check out the best payout online casinos.

The UFC Vegas 27 main event has war written all over it. Both of these guys are known throwing bombs. It really could go either way and this is evidenced by the fact bookmakers cannot separate Font and Garbrandt who are both priced at -110. We give the slight edge to Garbrandt who despite showing signs of vulnerability throughout his fight career has competed and won at a higher level consistently. If he’s able to avoid exchanging heavy shots, we believe ‘No Love’ will pick Font apart over five rounds. If you want to bet on this, you’ll find Garbrandt via decision/technical decision priced at +450. However, if he fails to keep his cool Garbradnt will get knocked out. The odds of the stoppage win for Font are +150.

We really like Justin Tafa in this heavyweight match-up and apparently, so do the oddsmakers who fancy him the -175 favourite. Tafa looked good last time out and was unlucky to come away with a loss via split decision. At just 27-years-old we feel the best is yet to come from Tafa and will be betting on him to get the win over a very tough and game Vanderaa.

Felicia Spencer is the favourite at -163 but we think she should be at even smaller odds. The Canadian is clearly the best of the rest at featherweight and Viana hasn’t shown that she can mix it at this level. We expect Spencer to make it look relatively easy and get the stoppage win which will improve our odds to +240.

We will be betting on the -160 favourite Hermansson to get the job done in this one. In our opinion, he is an even tougher test than the one Shahbazyan failed in his last fight – Derek Brunson. Hermansson has elite wrestling and a very trustworthy chin. He will probably grind out the middleweight prospect over three rounds for the decision win but don’t be surprised if he forces a stoppage.

Who will you be betting on at UFC Vegas 27? 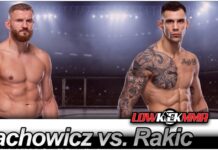