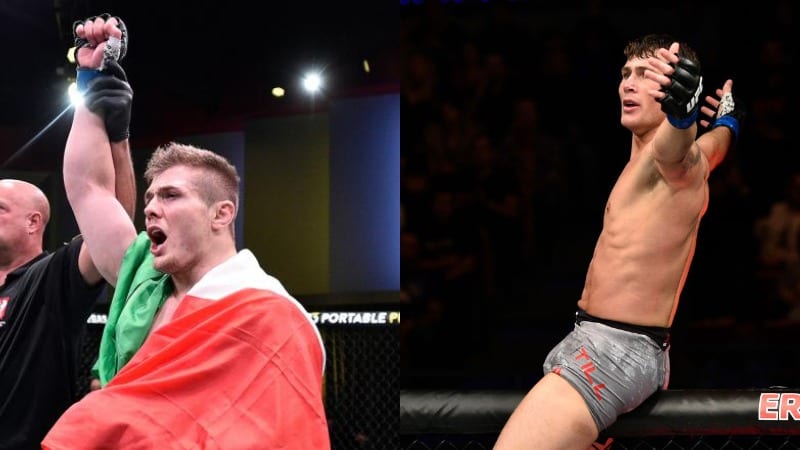 The official poster for UFC Vegas 23 featuring Darren Till and Marvin Vettori has been released.

The pair will compete in a middleweight headliner in the upcoming UFC Fight Night event taking place April 10 at the Apex facility in Las Vegas. It will also notably be airing on ABC.

The winner of the fight could very well get the next middleweight title shot, especially if Robert Whittaker were to lose against Kelvin Gastelum in their middleweight headliner which takes place a week later. For now, though, Till and Vettori must compete against each other in what promises to be an explosive affair.

And the promotion released the official poster for the event on Wednesday. You can view it below:

Till seems to be a fan of the poster as he revealed he couldn’t wait to perform for everyone.

“Got to be one of the sickest posters @ufc have produced… Can’t wait to perform now.”

Till will be looking to return to the win column against Vettori.

The Liverpool native suffered a unanimous decision defeat to Whittaker last summer in what was his first defeat since moving up to middleweight in 2019. His middleweight debut saw him successfully outpoint Gastelum over three rounds.

Vettori, meanwhile, is on a four-fight winning streak and is coming off a unanimous decision verdict over Jack Hermansson in December.

What do you think of the poster?